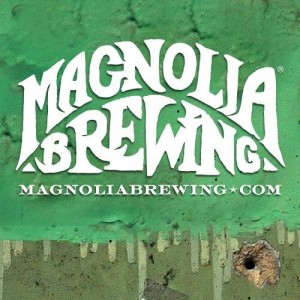 San Francisco, CA—Dave McLean, brewmaster and founder of San Francisco’s Magnolia Brewing Company, announced today the launch of Magnolia beer in Denver and Boulder, Colorado. From the brewery’s beginnings on Haight Street to its newly opened 10,000-square-foot facility in the Dogpatch neighborhood, Magnolia has been producing some of San Francisco’s most beloved and sought-after beers for over 16 years. Its distribution in Colorado marks the first time the beer will be available outside of California. Magnolia has partnered with local brewery Crooked Stave Artisan Beers to distribute kegs within the Denver and Boulder markets. Some key accounts include: Falling Rock, Highland Tap & Burger, Vine Street Pub, Asbury Provisions, West End Tap, Mountain Sun, Under the Sun, Southern Sun, among others.

This year at GABF, Magnolia is a Featured Brewery Sponsor and Dave is returning as a judge in the blind tasting competition. “I first attended GABF 20 years ago and it has been truly amazing to watch it’s explosive growth over the years, as well as the growth of Denver’s craft beer culture. It’s always an honor to participate in the GABF, both as a brewery and a judge, and our annual pilgrimage to Denver is a highlight of every year.”

Also attending GABF will be Magnolia’s brewing team, including lead brewer Ben Spencer. As Magnolia is an event sponsor this year, they’ve created a special end cap booth for the festival designed by Kevin Landwehr and Devin Becker of Nothing:Something. The two designed Magnolia’s new Smokestack restaurant (adjacent to its new Dogpatch brewery), and the booth reflects and showcases elements of both Smokestack and the original Haight Ashbury pub.

To celebrate their Colorado distribution, Magnolia will host a multi-course beer brunch on Thursday, October 2nd at Old Major (3316 Tejon Street in Denver), from 10 am-2 pm. They’ll pour some favorite Magnolia beers to a Grateful Dead playlist. For more information and tickets, please visit:

Then, as is tradition, they’ll join the party on the afternoon of Thursday, 10/2, at Falling Rock Tap House. Located at 1919 Blake Street in Denver, Falling Rock is ground zero for numerous new tap handles. At 4pm, Dave and the Magnolia crew will tap three kegs of Magnolia favorites: Proving Ground IPA, Blue Bell Bitter and Smokestack Lightning.