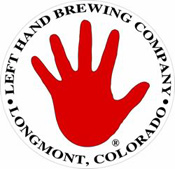 LONGMONT, CO — The year is coming to an end and Left Hand Brewing Co. has been busy with more than just brewing! Left Hand is proud to announce that the Colorado brewery has raised $276,693.63 for charity with the help of the greater community!

The Colorado Bike MS ride is a two day / 150 mile bike ride with the sole purpose of raising funds for the Colorado chapter of the Multiple Sclerosis Society. Captained by Chris Lennert Left Hand’s VP of Operations, Team Left Hand Brewing is a community team made up of 125 riders including President Eric Wallace and Head Brewer Ro Guenzel. In 2012, Team LHB has raised over $185,000 for the NMSS, adding to a grand total of over $400K in the team’s five years of riding.

With the brewery’s growth in recent years, Left Hand has been fortunate to host their own events which have been of notable benefit to the community. Leftapalooza, a tribute band competition and concert, raised $27,957 for the Leukemia & Lymphoma Society. Paws in the Park is a family friendly, dog focused fundraiser which raised $3,278.83 for Longmont Humane Society. Longmont Oktoberfest, an annual community fall beer festival, raised $7,000 each for Bicycle Longmont, Longmont Symphony Orchestra and Skyline Kiwanis respectively.

In addition to local events, Left Hand contributed $22,000 in retail value of in-kind donations to community. Eric Wallace, LHBC President & co-founder, is pleased that the company is more than just a brewery, but also a valuable asset to the community. “Giving back and doing the right thing is as fundamental to our business operations as brewing great beer!” states Wallace, “And we are honored to partner with such admirable organizations and hardworking community members.”