Reyes Beverage Group today announced it would acquire South Florida’s Gold Coast Beverage Distributors in a blockbuster deal that brings another 27 million cases to a Reyes Group that, through its 12 wholesale outfits across the country, already sells more than 100 million cases annually. 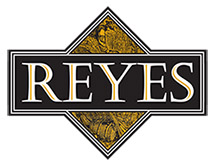 Once complete, the deal would make Reyes comparable in size to the largest distributor in the U.S., Anheuser-Busch InBev, with around 140 million cases.

Press materials received by Brewbound did not disclose the official terms of the deal, but it’s believed to be the largest distributor acquisition in history; some industry sources have said it could be worth upwards of $1 billion. The 12th largest beer distributor in the U.S., Gold Coast had sales of more than $640 million in 2013.

“Gold Coast Beverage Distributors is one of the premier beer distributors in the country, and we are very excited by this opportunity to expand our operations in the State of Florida,” Ray Guerin, the CEO of Reyes Beverage Group said in a statement.

The transaction is expected to close in January.

“Reyes Beverage Group is an outstanding organization, and I am confident that the Reyes family will continue the strong traditions and high level of service for which Gold Coast is known,” Stephen Levin, Gold Coast’s chairman said in a statement.

In addition to selling a raft of well-known domestic and import offerings, Gold Coast distributes a number of top-25 craft brands, including Boston Beer, Sierra Nevada, New Belgium and Lagunitas to more than 10,000 retailers in South Florida.

Speaking to Brewbound, Lagunitas founder Tony Magee said his business with the wholesaler is up 170 percent this year and that he’s excited to continue growing with Reyes, whom he referred to as “one of the most important distributors in the entire world.”

“What I have always liked about Reyes is that they are entrepreneurial,” he said. “It is a $2.2 billion company but they are like us. They are not like the biggest of big brewers and when we talk with Reyes, we really feel like we are talking with people who understand our own aspirations.”

While Reyes’ major suppliers include MillerCoors, Constellation Brands and Heineken USA, spokeswoman Molly Reilly told Brewbound that the company will look to continue growing its craft portfolio with the acquisition of Gold Coast.

Reyes already has a presence in Florida, through its ownership of Florida Distributing Co., a 12 million case wholesaler based in Orlando which the company acquired in 2010.

This latest move is consistent with Reyes’ history of growing through acquisition. In the last two years, the company has purchased more than 21 million cases of new business through a series of acquisitions.

In September, the company purchased all of the assets of Kozak Beverages Inc., a Virginia-based wholesaler that delivered 1.6 million cases of beer in 2013. Last November, Reyes announced it would acquire California-based Allied Beverages, a 12.6 million-case wholesaler that sells products to more than 4,000 retailers in the Los Angeles area. And in 2012, the company made two moves — acquiring Virginia’s Chesbay Distributing, a 6 million-case wholesaler, and Chicago-based Windy City Distribution, which, at the time, sold fewer than 1 million cases.

As a collective unit, Reyes projects it will sell 115 million cases of beer in 2014, not including the 27 million cases it will acquire from Gold Coast.