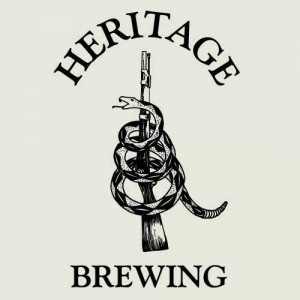 Manassas, VA — Heritage Brewing Company is pleased to announce its partnership with Reyes Beverage Group’s Premium Distributors of Virginia, L.L.C. for distribution of its full portfolio of craft beer made from predominately local, American-sourced, organic ingredients.

“We have found kindred patriots at Premium Distributors of Virginia and are proud to work with them to deliver our beer into the hands of craft-beer loving patrons across Northern Virginia,” says Sean Arroyo, CEO & Co-Founder of Heritage Brewing Company.

“We are truly honored to be the inaugural distributor for Heritage Brewing,” says John Zeltner, President of Premium Distributors of Virginia. “Everything and everyone associated with Heritage Brewing honors the best of America and Americans– from Sean and Ryan Arroyo’s and all of their employees’ service to our country, to their use of the finest American ingredients, and to the excellent beer they brew.”

Founded in 2013, brothers Sean and Ryan Arroyo opened the first microbrewery in Prince William with a 20-barrel brew house on January 1, 2014. The all-veteran team at Heritage aims to produce and sell 3,000 barrels of beer this year. Currently Heritage offers the following products: