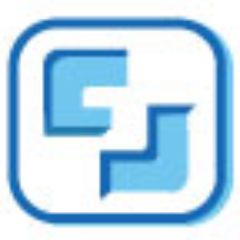 2013 ends on a weak noteÔÇª So given the on-premise initiatives announced by many of the alcohol companies, key will be to see if there’s any type of rebound in early ‘14

ÔÇó Our data indicates trends for full service restaurants and bars closed out the year on a particularly weak note. While overall traffic to full service restaurants and bars was -1.9% for the full year vs. 2012, the picture towards the end of the year was even weaker: traffic to on-premise was -3.3% during 4Q13, and looking specifically at the final 4 weeks of the year, was down nearly 6% vs. year ago levels, likely impacted by unfavorable weather and a shorter holiday shopping cycle leading to fewer gift shopping trips and the dining out meals that often accompany them.

ÔÇó While it is certainly discouraging to see such weak trends in on-premise for 2013, particularly towards the end of the year, key will be to see whether some of the weakness seen at year-end was due to unusual factors (i.e.,. the more compressed shopping season and unfavorable weather), and whether there might be a rebound in traffic and alcohol volume trends to kick off 2014, which is particularly important given the focus on on-premise announced by many of the alcohol suppliers over the past few months.

About GuestMetrics LLC
GuestMetrics, LLC is revolutionizing how the hospitality industry operates. Despite the dawn of the Digital Age having begun more than three decades ago, the hospitality industry essentially functions the same way it did centuries before. GuestMetrics has cracked the code by collecting check-level data from over ten thousand restaurants closely representative of the broad on-premise sector across geographies, and with respect to the make-up of casual dining, bars/clubs, fine dining, and lodging. GuestMetrics turns billions of raw transactions into intelligible information that is fundamentally transforming the business operations of everyone from the independently-owned bar/restaurant on the corner, to multi-national chains, to the food & beverage companies that supply them. Please visit www.guestmetrics.com for more information and to schedule a free demonstration.