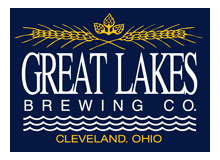 The new market rollout will involve multiple customer appreciation events, meet-and-greets, tastings, and giveaways throughout the area. GLBC co-owner Pat Conway says of the expansion, “Many breweries choose a strategy of being a mile wide and an inch deep. We prefer to penetrate deeper into existing markets. Expanding our existing Illinois territory is a logical extension of that idea.”