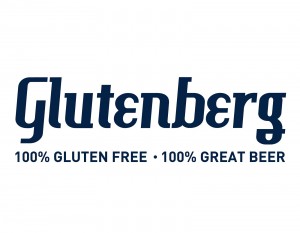 Montreal, Quebec – Glutenberg is proud to announce the inauguration of its new brewery in Montreal. This $2 million investment occurred two years only after the company was founded. Thanks to its new installations, Glutenberg will be able to respond to the increasing demand for its gluten-free beers in the United States. The US distribution strategy was initiated in April 2013.

“With this new plant, our company will eventually be able to produce 100,000 barrels per year. From now on, nothing can stop us from becoming the leader in the gluten-free beer market in North America,” said Julien Niquet, Glutenberg’s CEO.

“We couldn’t be happier for the fellows at Glutenberg! They are firing on all cylinders between the brewery expansion, US market expansion, and the national recognition they are receiving. We are very proud to be their US Importer and Massachusetts distributor and are looking forward to 2014!”, said Brian Murphy, Director of Sales & Marketing at the Massachusetts Beverage Alliance.

Glutenberg is an international award-winning gluten-free brewery based in Montreal, Canada. It was founded in 2011 based on the collaboration between long-time friends, Julien Niquet and David Cayer. The brewery won the gold, silver and bronze awards in the “Gluten-free beer category” at the 2012 World Beer Cup. Glutenberg Red has just received an accolade from Draft Magazine, which included the Red on its 25 beers of the year list.