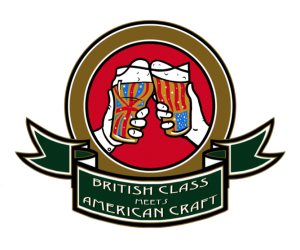 London — This July and August, London-based Fuller’s Brewery and its US partners, Epic Brewery (Salt Lake City, UT) and Upland Brewing Co. (Bloomington, IN) invite beer-enthusiasts to explore the differences and similarities between American craft beers and the traditional British styles that inspired them. And aside from having a great educational beer experience, participants are entered to win weekly giveaways and a trip to London (including a VIP tour of the Fuller’s brewery) just for sharing their comments.

“Fuller’s and other British breweries pioneered styles like pale ales, porters, and IPAs,” says Fuller’s US brand Manager, Charles Stanley, “and when US craft brewers looked for inspiration in their quest to improve the state of American beer, these are the styles they looked to. We’re thrilled to be partnering with the talented brewers at Upland and Epic to explore how they’ve adapted these styles and created something unique.”

Upland Brewing Co. President Doug Dayhoff says, “Working with such a long standing british brewery like Fuller’s is exciting! We both share a passion for well crafted beer.”

Fuller’s Bengal Lancer IPA will be served alongside Upland’s Dragonfly IPA in bars and restaurants in Indiana, Wisconsin, Illinois, Kentucky, and Ohio.

To locate participating bars and restaurants and enter for a chance at winning a trip to London and weekly giveaways, simply visit facebook.com/FullersUSA (non-mobile devices) or bitly.com/FullersUSA (mobile devices) and write your thoughts about the differences and similarities between the British and American interpretations of the same styles.

Don’t live near a participating bar or restaurant? Use the Fuller’s beer finder and make your own comparison by visiting your local bottle shop and selecting a Fuller’s beer along with an American Craft beer of the same style.

Throughout July and August, Fuller’s and Upland will be hosting events at various participating bars and restaurants, so be sure to follow us on Facebook and Twitter to avoid missing out.

Below is a list of participating bars and restaurants: