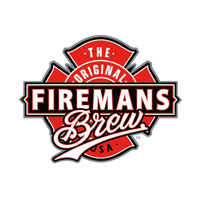 The Los Angeles-based craft brewer Fireman’s Brew announced the launch of its products in two new markets – Arizona and Illinois – this month.

The company has selected Alliance Beverage Distributing in Arizona and two distributors – Specialty Distributing and Grant Importing and Distributing – in Illinois. Fireman’s brew is currently available in California, Colorado and Illinois and will launch in Arizona on Novemeber 2nd.

In a recent interview with Brewbound.com, Fireman’s COO David Johnson said that the company is looking to grow aggressively in new markets and become a national brand. That story is forthcoming on Brewbound.com. In the meantime, check out the two press releases with additional information on the Arizona and Illinois rollouts.

LOS ANGELES — Fireman’s Brew, a Los Angeles-based craft beer company founded by two firefighters, today announced that it has secured an agreement with Alliance Beverage Distributing Co., to distribute its award-winning beers throughout the state of Arizona. With this recent addition, Fireman’s Brew has rapidly grown its geographic distribution of the company’s handcrafted microbrews to four states in total — Arizona, Colorado, Illinois, and its home state of California.

“We are very excited for the opportunity to team up with Alliance Beverage Distributing Co., one of Arizona’s largest beer distributors, and expand our distribution into the great state of Arizona,” said Rob Nowaczyk, founder of Fireman’s Brew. “This addition to our distribution caps off an unprecedented six months of growth for our company — during which we’ve expanded into three new states outside of California. As a company, we’re stoked that consumers in Colorado, Illinois and now Arizona will be able to enjoy a Fireman’s Brew.”

Fireman’s Brew premium line of beers will be available at on-premise and off-premise locations starting in early November. Through the agreement, Alliance Beverage Distributing Co., will distribute Fireman’s Brew signature beers in 12-ounce bottle six-packs, twelve-pack samplers and kegs including:

“We’re thrilled to team up and launch Fireman’s Brew into Arizona,” added Walt Woys, Executive Vice President of Alliance Beverage Distributing Co. “With three great tasting beers, strong brand appeal and their firefighter community connection, Fireman’s Brew is uniquely differentiated in the market, and will be an excellent addition to our growing craft portfolio.”

Los Angeles — Oct. 15, 2012 — Fireman’s Brew, a Los Angeles-based craft beer company founded by two firefighters, today announced that its award-winning beers are now available throughout the state of Illinois. Through newly signed distribution agreements with Grant Importing and Distributing and Specialty Distributing of Illinois, Fireman’s Brew continues to rapidly expand the distribution of its handcrafted microbrews.

“Right now is probably the most exciting time to be a part of Fireman’s Brew,” said Rob Nowaczyk, founder of Fireman’s Brew. “Just a few weeks ago we announced that Colorado would be the first state outside of California to receive Fireman’s Brew, and we couldn’t be more excited that we’ve been able to secure distribution agreements in Illinois as well. Both Grant Importing and Distributing and Specialty Distributing of Illinois have fantastic craft beer portfolios, and we’re honored that they have partnered with Fireman’s Brew to make our beer available to consumers across this great state.”

Already one of the fastest growing craft beer brands in its home state of California, Fireman’s Brew newly expanded distribution network provides an opportunity for the company to reach thousands of on-premise and retail outlets across Illinois. Through the agreement, Specialty Distributing of Illinois and Grant Importing and Distributing will distribute Fireman’s Brew signature beers in 12-ounce bottle six-packs, twelve-pack samplers and kegs including:

“We are thrilled to partner up with Fireman’s Brew to help launch their brand in our market,” said Steve King, craft beer manager for Specialty Distributing of Illinois. “Illinois has a strong firefighter heritage and that combined with the bold flavors and premium quality of Fireman’s Brew beer, make this partnership a natural fit. We know that Fireman’s Brew will be an excellent addition to our growing craft beer portfolio.”

About Specialty Distributing of Illinois:

Devoted to bring the finest craft beers, fine wines and unique liquors to Central Illinois, Specialty Distributing has grown to become one of the most recognized distributors in the state. With a focus on innovation, Specialty Distributing strives to provide retailers with exemplary service and partnership programs that help to grow business. www.specialtydistributing.net

About Grant Importing and Distributing Co.:

Located in Broadview, IL, Grant Importing and Distributing is committed to being your first source for the very best in beer, wine and non-alcoholic beverages. With a wide selection of brands, attentive customer service and support, we’re proud to service over 2,700 on and off-premise accounts in the Chicagoland area. http://www.grantimporting.com/