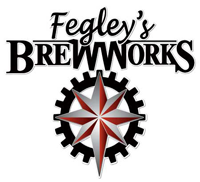 ALLENTOWN, PA – Waste and Recycling News announced last week that Fegley’s Brew Works was awarded its coveted Green Corporate Citizens Award. Fegley’s Brew Works, winning in the under 100 million dollar category, beat out 70 other companies that were nominated to win the award. The announcement was made recently at the annual Corporate Recycling and Waste Conference in Kissimmee, Florida.

Fegley’s Brew Works won the award because of their ongoing green initiatives that they have implemented at their multiple locations. The company has an ongoing partnership with the Rodale Institute to convert over a half million pounds of material into compost that previously would have ended up in landfills each year. They also upcycle another 350,000lbs. of spent grains by utilizing it as feed for locally farmed cattle that the company uses for its beef supply.

In addition to reducing their waste to low levels, Fegley’s Brew Works has also reduced its energy footprint. The restaurants have all implemented LED lighting, with the Allentown location being home to one of the largest LED lighting implementations (over 450 fixtures) in the industry worldwide. The Hamilton Street location has also outfitted its roof with 44-kilowatt solar array, further reducing its energy consumption, and the company recently began purchasing the remainder of their electricity from wind power purchased from Renewable Choice Energy.

Mike Fegley, Marketing Director for Fegley’s Brew Works, said “It’s wonderful to be recognized for the steps we’ve taken. Our family is grateful for the world’s gifts, and we’re committed to the preservation and welfare of our planet. But what most people don’t realize is that we are also saving money by taking the extra steps. Our hauling fees are down, and our energy costs are down. It’s a win-win.”

Fegley’s Brew Works consists of five Lehigh Valley locations: The Allentown Brew Works, The Bethlehem Brew Works, Brew Works on the Green, The Burrito Works, and The Coffee Works. All locations are open seven days a week and are committed to providing customers with healthy family dining options, and best beer selection in the Lehigh Valley. The Allentown Brew Works is also home to the production brewery and bottling line which produces thousands of barrels of beer that are distributed throughout Pennsylvania and New Jersey.