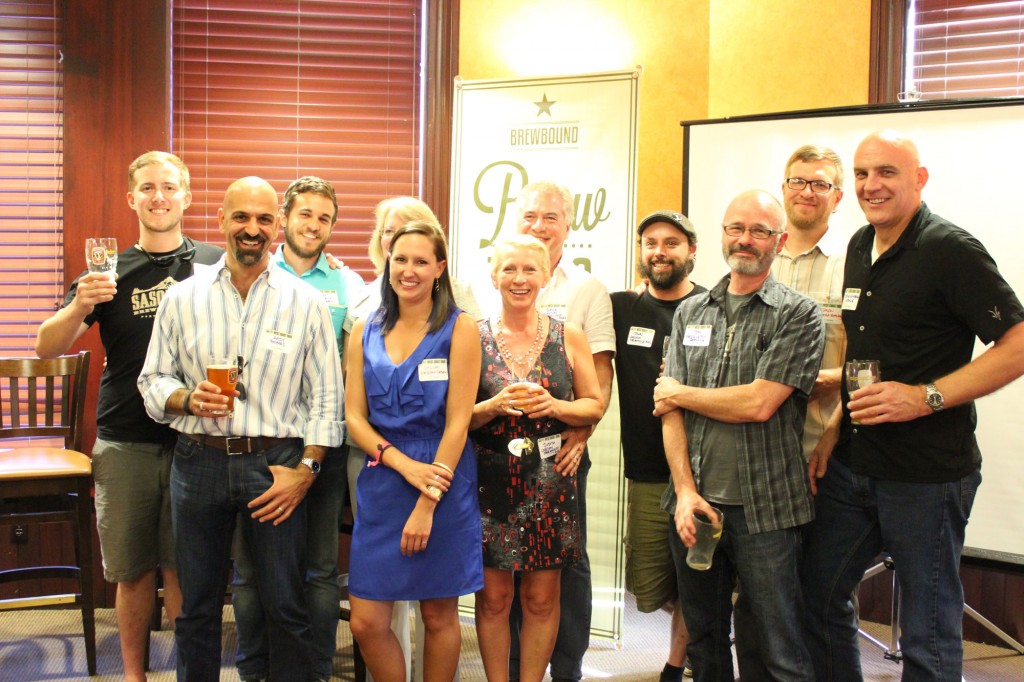 In front of a packed house, with beer professionals as the judges, four craft breweries made their pitch. At stake — the chance to create a collaboration brew with Widmer Brothers Brewing.

We’ll tell you now that Logsdon Farmhouse Ales won the challenge, which was judged by Andy Thomas, the president of commercial operations for CBA, Doug Rehberg, the director of brewery operations for CBA, and Chris Furnari, the editor of Brewbound.com.

But the surprise came when, to commemorate the launch of the Challenge, Thomas offered the opportunity for all the participants to collaborate on a new brew called Fifth Wheel.

“It will be a celebration of the first-ever startup brewery challenge,” said Thomas. “We look forward to, hopefully, doing a beer with all of you guys to celebrate and mark this point in history where we all came together in the interest of giving people a better pint.”

To watch four emerging breweries engage in the fine art of pitching, however, watch their presentations, below. More information about future editions of the ‘Startup Brewery Challenge’ will be announced in the coming weeks.