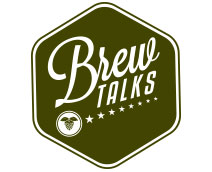 If you are interested in attending Brew Talks, register now! Attendance is FREE but space is LIMITED! The traveling meetup, which kicks off Tuesday, July 23 at The Lost Abbey in San Marcos, Calif., offers beer industry professionals an intimate opportunity to network and discuss the business of craft in beer-friendly locales.

Each stop on the tour will feature two panel discussions with well-known craft beer industry professionals. Among others, a few notable speaker participants include:

In Portland, Brewbound will also host the inaugural “Startup Brewery Challenge,” offering new beer companies the chance to create a beer with Widmer Brother Brewing. Sponsored by Craft Brew Alliance, the Startup Brewery Challenge gives new craft brewery owners the opportunity to show off their business plans, sample product and receive immediate feedback from an expert judging panel. Brewers wishing to participate in the Startup Brewery Challenge should visit the application page for a complete listing of rules and selection criteria. Questions about the competition can be directed to Chris Furnari at cfurnari@bevnet.com.