San Francisco, CA
You are viewing a past event. Check out our upcoming content. 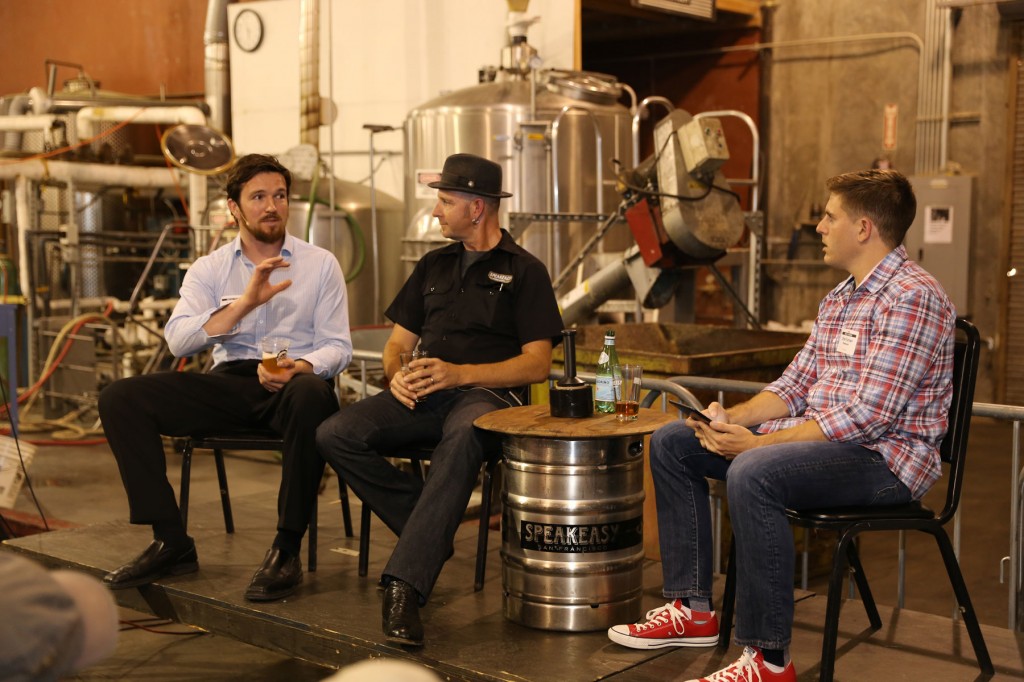 Like teenage girls trying to decide what to wear to the prom, craft brewers often obsess over how to best present their brands to their ever-finicky consumers, as well as to retailers trying to differentiate their shelf sets from competitors’.

Should upstart craft breweries venture into an overcrowded craft beer market in 22 oz. or 12 oz. bottles? When it’s time to expand their suite of offerings, should brewers add 6-packs or 4-packs? And what exactly is their brand trying to tell the customer? Would it be better positioned in glass or cans?

Woods explained that he decided to launch the MateVeza brand in 22 oz. glass bottles — often known as ‘bombers’ — back in 2006 because it made it easier to get the product into the market and offered consumers a chance to try his product out for a lower price than the full cost of a 6-pack.

“The two reasons why you do it are sampling and margins,” he said. “As a consumer, it is less of a commitment to try something new, in our case, something brewed with yerba mate.”

Those sampling opportunities are critical for reaching new customers, he said.

“22 oz. bottle purchases have almost becoming synonymous with having your beer on tap at a bar,” Woods said. “People like to explore the 22 oz. shelf and try something they have never had. For us, that was important.”

Gray had a different approach when he launched the Speakeasy brand in 6-packs, almost 10 years earlier, in 1997.

“It was an investment in wanting to be in the chains early and be recognized as a potential national brand as opposed to a boutique brand,” he said.

Gray has since added 22 oz. bottles to appeal to the ‘beer geeks.’

“Bombers were not ever treated respectfully and they are now,” he said. “We needed the bombers to fulfill some of the desires that we have and our customers have in terms of our product mix.”

For Gray, the decision to add larger format packages to the mix was as much about margins as it was about marketing.

“The people that go to Safeway and buy a 6-pack of Big Daddy, those are my people,” he said. “But those people don’t go home, get on Facebook, take a picture of the 6-pack and say ‘this is amazing.’ That is what people do with the bourbon barrel-aged scarface. That is what they do with Blond Tiger. you need that symbiosis. You need all of the wildlife in the world to get along and develop a brand.”

For more insight into the key packaging decisions for craft brewers, watch complete video coverage from the San Francisco Brew Talks event, now available and included below for your convenience.