Riding a months-long wave of record-breaking growth, the Drizly Group has hired two new executives and appointed a new member of its board of directors.

Since the COVID-19 pandemic forced millions of Americans to stay at home, the platform’s alcohol sales have increased triple digits. For the week ending May 11, sales increased 357% over the company’s baseline, the smallest increase Drizly has seen since the rush of sales began in March. 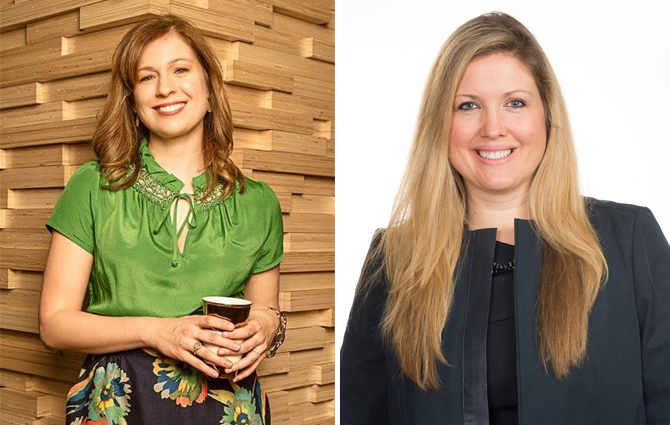 Drizly has named Cathy Lewenberg as its wew chief operating officer. Lewenberg joins the company after eight years with CVS Health, where she most recently served as vice president of digital and omnichannel business. Prior to CVS Health, Lewenberg worked at consulting firm Bain & Company as a case team leader for the company’s retail and consumer product goods clients.

Drizly has also appointed Meredith Mahoney to lead Lantern as the offshoot’s president. Mahoney’s previous experience includes a year as president of Follain, an omni-channel beauty retailer, and eight years at Boston-based online home goods giant Wayfair, where she last worked as VP of lifestyle brands and also founded Birch Lane furniture company. She joined Lantern in January and the platform debuted this spring.

In addition to two new executive hires, Drizly appointed Deborah Poole to its board of directors. Poole currently serves as chief business officer for WHOOP, a Boston-based maker of wearable fitness trackers. Prior to joining WHOOP in December, Poole worked at Wayfair for nearly a decade with roles in talent acquisition, category management and product management. She also spearheaded the company’s growth in the Canadian market.

“Drizly is pleased to welcome such experienced leadership in a time of significant expansion within alcohol e-commerce as well as our entry into the cannabis e-commerce space,” co-founder and CEO Cory Rellas said in a press release. “To date, the Drizly Group has been focused on building the technology and regulatory infrastructure to bring alcohol online in a legally compliant and responsible way. As we expand into cannabis and with the addition of such talented executives in key roles, we are well positioned to build upon our market leadership.”

Through its app and website, Drizly users order beer, wine and spirits from retailers in their area. Since the COVID-19 pandemic forced the closure of on-premise drinking and dining in March, drinkers have been consuming more alcoholic beverages at home and many are limiting trips out, relying on delivery services such as Drizly.

Drizly’s best sales day since the start of the pandemic was May 7, when sales increased 626% over the company’s baseline. On its slowest days since mid-March when stay-home orders set in, Drizly orders have not dipped lower than 168% over baseline. Orders have spread out over the days of the week, rather than spiking on weekends, according to the company’s data dashboard.

Category share has remained “fairly static over time, with some slight shifts in the direction of wine,” Drizly said. For the week ending May 11, beer accounted for 20.4% of sales on the platform, up slightly from the same week last year, when it accounted for 20.1% of sales. Spirits have eaten into wine’s share, as that category’s share increased 2.5% to 40%, while wine declined from 40.2% in 2019 to 37.3% this year.