NEW YORK – Discovery has confirmed that the television series, Brewmasters will be cancelled. 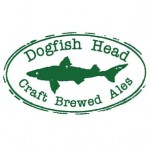 “BrewMasters was launched with a lot of marketing support and garnered widespread media coverage but unfortunately the series did not find a large enough audience so it was not renewed.”

In an email from Sam Calagione to Brewbound, Beerscribe and Beer Advocate, Calagione also confirmed the cancellation, but instead chose to focus on the positive side of the story.

“Hey guys, a number of folks have been reaching out me about this twitter stuff. I’d rather focus on positive stuff than negative at this point. So this is what I will say:

No comment. Other than I’m a big No Res fan. And now more than ever – support your small, truly-indie breweries! Last night I had Two Prima Pils, and an Aprihop. Today I had cask-conditioned thyme pale ale, Baladin Nora, Birra Del Borgo ReAle, and am enjoying an Indian Brown Ale as I type this. Focused on the goodness inside the bottle instead of the weirdness outside the bottle.”

The “No Res” that Calagione is referring to would be some tweets that Anthony Bourdain of the show, No Reservations, sent out. Bourdain tweeted:

He continued by tweeting:

“@TheAtlanticLIFE Big story there. Brewmasters goes– or our ads do.”

Calagione has been busy as of late. Most recently traveling to Craft Brewers Conference in San Francisco and then to the new restaurant collaboration between Dogfish Head and Mario Battali, Eataly. Eater NY was on hand today to provide coverage of Calagione’s visit.