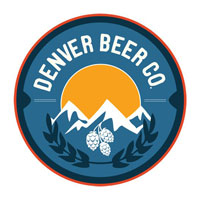 DENVER, CO – Denver Beer Co. announced its appropriation of neighboring building space soon to be called the Barrel Room at Denver Beer Co. Sized at 1,700 square feet, this annexation will allow the brewery to continue to expand its production capacity and will also provide room for a second, more intimate tasting room and event space.

The new Barrel Room will include a 1,000 square foot bar area and tasting parlor. Separated from the main Denver Beer Co. tasting room, the Barrel Room will offer a special beer menu and approximately 45 seats. A rustic setting crafted from reclaimed and recycled materials, the room will be lined with barrels of maturing beer and patrons will have the opportunity to sample unique and limited edition brews. The space will also be available to rent for special events and parties.

“The Barrel Room annex and expanded brewing capacity will allow us to experiment with distinctive recipes including specialty IPAs, wood-aged beers and eventually sour beers,” stated co-founder Charlie Berger. “We hope folks will enjoy the intimacy of the new space and the adventurous beer menu.”

In addition to the new tasting room, this expansion will allow the brewery to add four 15 barrel fermenters and one 15 barrel brite tank. These fermenters join the brewery’s existing fleet of six 7 bbl fermenters allowing the brewery to produce up to 3500 barrels per year. Though the brewery still plans for the majority of its beer sales to occur on premises, expanded brewing capacity will allow Denver Beer Co. to distribute to more draft accounts at local bars and restaurants.

The annexation of the neighboring space marks Denver Beer Co.’s second expansion since opening in August, 2011. “With our extra 700 square feet of production space we’ll be better able to serve demand from local restaurants and bars.” stated co-founder Patrick Crawford. “We are thrilled by the support from the Denver community which has warranted this need for increased production.”

The Barrel Room is slated to open in early winter 2012. Denver Beer Co. is currently taking draft requests from local bars and restaurants for winter 2012-2013.

The idea behind Denver Beer Co is simple. Good beer is best enjoyed with friends, fresh air, and a bit of adventurous spirit to sharpen the palate. Our craft brewery specializes in artisan and seasonal varieties of premium ales and lagers made from the best ingredients around. Brewed with traditional methods and innovative spirit, our beer is always fresh and flavorful. Our beer is serious fun. www.facebook.com/DenverBeerCompany