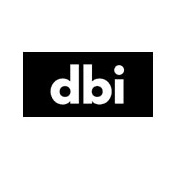 Skinner most recently served as chief operating officer at DBI Beverage. He began his 25-year career with the Ingram companies in 1987 as a senior financial analyst at Ingram Distribution Group. Over the next 20 years, Skinner served in the role of controller, and later as vice president of finance, for Ingram Merchandising Services Inc. and Ingram Entertainment Inc. He became chief financial officer of DBI Beverage in 2002 and was promoted to DBI’s chief operating officer in 2008. Skinner also serves as a DBI Beverage Inc. director. He graduated from Middle Tennessee State University with a B.B.A. in accounting.

“Jeff has been a key part of the substantial growth DBI Beverage has experienced in its 10-year history. We look forward to maintaining this momentum under Jeff’s leadership,” said Ingram.