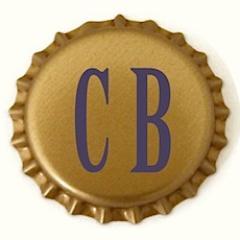 Denver, CO — CrowdBrewed announces an expansion to their crowdfunding options, which will now include craft cider, craft spirits, mead, and other craft alcoholic beverages in addition to craft beer. CrowdBrewed had previously only accepted fundraising campaigns in the craft beer industry, but now the niche crowdfunding website looks to help other craft beverage makers and affiliates find financing in a growing market.

“While we started with the craft beer industry because it’s our passion, we’ve really been encouraged by the growth of other craft beverage makers in the market, and feel that we can offer these great artisans an outlet for financing their dreams,” said CrowdBrewed Co-Founder Mark Slattery.

CrowdBrewed has recently launched their first crowdfunding campaign for the craft spirits industry, Grand River Distillery in Jackson, MI. The new distillery will add to the growing craft scene at the Grand River Marketplace, which already operates a brewery and a winery to go along with an expansive food menu.

“We’re thrilled to have Grand River Distillery as our first non-craft beer campaign. CrowdBrewed has been approached by a number of cideries, meaderies, etc. in that past which really made it an easy decision for us to move forward with this change. We feel that the craft beverage industry as a whole is like a family, with breweries, cideries, and distilleries often having a lot of crossover,” Slattery added.

CrowdBrewed.com is a crowdfunding platform for craft beverage makers and industry affiliates who want to raise money for their operations, to add new products to their catalog, pitch a product and to spread the word to the “crowd”. Craft beverage makers and industry affiliates can create fundraising campaigns that tell their story and pitch their campaign to a “crowd” of donors in exchange for a reward or product. CrowdBrewed is also a place to discover new beverages, learn about brewing and show your passion for the industry by getting involved.