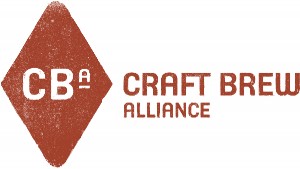 “Our third quarter results represent another deliberate step forward in CBA’s long-term quest to continue sustainably growing our topline while driving significant gross margin improvements,” said Andy Thomas, chief executive officer, CBA. “In fact, taking into account the Memphis start-up costs and the tough comparisons over last year’s third quarter, our gross margin rate was in line with our expectations and shows solid growth, allowing us to tighten and even accelerate our long-term gross margin guidance by a full year.”

Based on year-to-date financial results in line with expectations, and the successful launch of Memphis, CBA tightened its full year 2014 guidance ranges and accelerated its long-range gross margin guidance by a full year:

“Our third quarter results are consistent with our expectations as reflected in our tightened full year guidance ranges, giving us further confidence in the long term,” said Chief Financial Officer Mark Moreland. “As we stated earlier in the year, quarterly volatility is to be expected given the challenging operating environment and increased competition in our market.”

In a separate press release issued today, CBA announced that Mark Moreland will be transitioning out of the role of chief financial officer at the end of the year. He will remain as a senior consultant to the company through the first half of 2015.