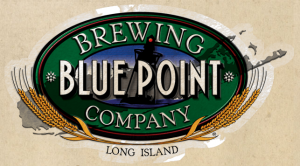 Long Island, NY – Blue Point Brewing Company is launching a month-long campaign to raise money and awareness for prostate cancer and other men’s health issues through the international Movember movement. During the month of November each year, Movember is responsible for men growing moustaches all over the world. Proudly cultivating their “Mo’s”, these brave men and their supporters raise vital awareness and money for men’s health issues, specifically prostate and testicular cancer initiatives through organized teams and individuals.

A number of breweries including Cigar City, Harpoon, Jack’s Abby, and Victory Brewing participated in Movember last year with Blue Point’s 34 team members raising more than $15,000 for the cause.

This year’s “Smooth Start to Movember” kicks off in the brewery tasting room on November 1 with hot towel shaves provided by the Long Island Barber Institute, moustache party favors and discounted pints for participants. Prizes including Blue Point beer and merchandise will be awarded at the end of the month for the team’s Top Fundraiser, Best Overall Moustache, Miss Movember, and several other fun categories. The brewery will also match a percentage of total funds raised by team members this year.

So join the Blue Point team (or just do your own thing), man up, and grow that ‘stache for men’s health this November!