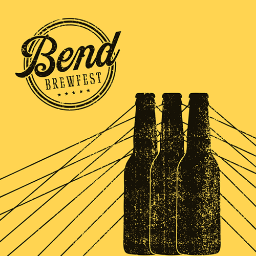 Bend, Oregon — Pints have been raised, toasts have been made and the 2014 Bend Brewfest, which was held in August, is all wrapped up. A fundraiser for local charities, this annual event raised more than $13,000 for three non-profit groups based in Central Oregon. New beneficiary Deschutes River Conservancy, Big Brothers Big Sisters of Central Oregon and NeighborImpact each received one-third of funds raised at the festival for a total of $4,600 for each.

Marney Smith, director of the Bend Brewfest, said, “Bend Brewfest is a wonderful celebration of craft beer, but beyond that, everyone who attends is supporting important services in our community. We are so pleased to be able to give back to our charities this year in a significant way and thank them for all they do to make Bend an even better place to live and play.”

Deschutes River Conservancy will be using the donation to support its “Beer and The River We Love” program, which helps restore streamflow and improve water quality in the Deschutes Basin. Neighbor Impact will use the funds to further its mission of helping families access skills for success, family services, financial assistance, food, housing, heat and energy assistance. Long-time beneficiary of the annual event, Big Brothers Big Sisters of Central Oregon, will use the donation to continue its important mentoring programs for area youth.

This year’s festival featured the largest number of breweries ever, tipping the scales at more than 60 breweries pouring 170 delicious craft beers that attendees sampled over the course of the three-day festival. This year’s festival also featured an expanded selection of hard-to-find, limited-release “X-Tap” beers from participating breweries, three cider houses, two meaderies and a winery. The next Bend Brewfest will be held in August 2015, with a formal announcement next spring detailing featured breweries.

The Les Schwab Amphitheater is an outdoor riverfront amphitheater built in 2001 on the west bank of the Deschutes River as part at the Old Mill District. The Amphitheater was named after Les Schwab, a native of central Oregon. The venue accommodates approximately 8,000 people for concerts and other events. During the summer months, the amphitheater presents free concerts by local and national performers every Sunday, plus national headlining acts such as Dave Matthews Band, Jack Johnson, Willie Nelson, Bob Dylan, Michael Franti, Pink Martini and many more. www.bendconcerts.com

About the Old Mill District

One of the Pacific Northwest’s most distinctive and dynamic mixed-use developments, the Old Mill District is located on 270 acres that formerly housed one of the largest pine sawmill operations in the world. The rich history of the land is coupled with spectacular mountain views, scenic river vistas and an extensive trail system to enjoy the outdoors. More than 55 local, regional and national retail businesses and restaurants call the Old Mill District home. The Old Mill District — Bend’s most unique shopping, dining, living, and entertainment experience. #HowtoBend www.theoldmill.com