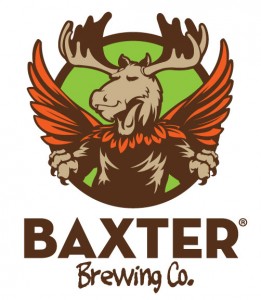 LEWISTON — AUBURN, MAINE – Commemorating the summer solstice of 2014, Baxter Brewing Co. will present the inaugural Great Falls Brewfest — GFBF — on Saturday, June 21, on the banks of the Androscoggin River in Lewiston’s Simard-Payne Memorial Park. “I can’t think of a better way to welcome summer, and to kick off the festival season here in Lewiston-Auburn,” said Baxter’s founder and CEO, Luke Livingston. “We’re going to be pouring more than one hundred beers, from all over the country, some of which have never been seen in L/A,” added Director of Brewing Operations, Ben Low. “We do dozens of festivals every year, mostly in New England but elsewhere around the country, too,” Ben added, “and we’ve learned a lot about how to have a great beer festival. It’s about trying new tastes, discovering beers you never knew about, or had always wanted to try. But it’s also about a completely fun experience, and ours will have all kinds of things to do in addition to tasting terrific beer,” Low added.

GFBF will feature beer tents containing 30 brewers, live music, an outdoor art installation, a sanctioned Cornhole tournament with some of Maine’s most dedicated pub rivalries; and a climbing wall sponsored by Baxter Outdoors. Along with a half dozen of Maine’s most popular food purveyors: Forage Market, Uproot Pie Company, PB & ME, Pretzel Logic, Pinky D’s and Hella Good Tacos.

Appropriate to craft beer, there will also be a mini craft fair featuring local artisans, expected to be announced soon; and live music from local stalwarts The Ghost of Paul Revere, and The Squid Jiggers.

“Based on our experiences with other great festivals, we expect this first year to attract somewhere between 2,000 and 3,000 people. However, we will be capping attendance, and we expect especially the VIP session to sell out completely,” Low remarked.

The day will begin with the third annual Androscoggin River clean-up rafting event, in collaboration with the Androscoggin Land Trust. Teams of volunteers in water and on land will work to clean up the Androscoggin River and nearby Great Falls from 8:30-11:30am. There will be a limited VIP session from noon-1pm with access to specialty small batch brews provided by every brewery and only poured during this hour; followed by a general admission session from 1-5pm. All events will take place, rain or shine.

Tickets can be purchased at the Baxter Brewing tasting room, in Lewiston’s historic Bates Mill at 130 Mill Street, or online at http://www.greatfallsbrewfest.com/. For more information, visit the website or follow @GreatFallsBrew on Twitter.