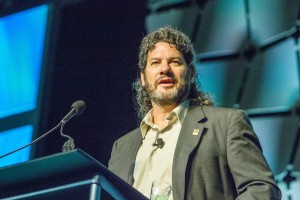 As reported earlier today, A-B InBev has, after years of rumors, explicitly stated its intention to merge with SABMiller. Such a transaction would effectively consolidate one-third of the world’s beer supply under a single manufacturer’s umbrella.

The Brewers Association was quick with a response this morning, with director Paul Gatza detailing in a blog post what that deal might mean in the U.S., where more than 3,000 independent craft breweries share shelf space with the world’s largest beer makers.

A few of his key points are below.

“[The Department of Justice] didn’t allow the U.S. absorption of Modelo without a selloff (to Constellation Brands—Beer Division), so it is hard to think that they would allow absorption of Miller. That means that Miller brands in the U.S. could be sold off to MolsonCoors or to other larger international entities inside or outside of the current beer universe. Constellation Brands—Beer Division, Heineken or Carlsberg could all have some interest.”

Questions about imports and other owned brands:

On distribution tie-ups and the evolving retail landscape:

“Will brands change distributor houses or not? Since MillerCoors houses accelerated in consolidation at and after the turn of the century, it is hard to picture this piece unraveling, particularly if MolsonCoors becomes the owner of Miller brands in the U.S. It is hard to see the retail landscape changing much because of this deal.”

Though A-B InBev today confirmed “it has made an approach to SABMiller’s Board of Directors regarding a combination of the two companies,” Brewbound reported earlier that SABMiller said it has not yet received an official proposal from the company.