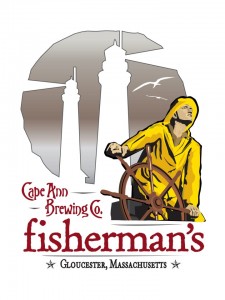 Gloucester, MA — For years you’ve been bombarded with tap takeovers, breweries taking over entire draft systems at your favorite local watering holes. Well Cape Ann Brewing will be partnering with the good folks at Barcade, some of the pre-eminent craft beer bars in the country, to bring you the worlds very first “Bar taking over a Brewery!”

On Friday June 20th, from 6pm to close, Boston and North Shore residents will have a one time chance to feel the excitement of the renowned Barcade experience in their own backyard. Gamers and beer enthusiasts alike can play classic arcade games from the 1970’s and 80’s. Barcade will provide games like NBA jam, Ms. Pac-Man, Tapper, Rampage World Tour and more, while the Cape Ann Brewing Co. will be offering world class craft beer brewed right on site; including the Deadeye Double IPA, Joey Rocks Milk Stout, Ironclad IPL, Barrel-Aged Belgian-sytle Dubbel, and a very special release of their 2010 Imperial Pumpkin Stout.

Founded in 2004, Cape Ann Brewing Company is an award-winning, family-owned, micro-brewery in the heart of the historic seaport of Gloucester in Cape Ann. Brewing beer whose bold flavor and character reflects the spirit and courage of the sailors of the North Atlantic fishing fleet, and is the same passion that drives what we do. The Fisherman’s line of beer is a tribute to hard work, and a salute to friendships that endure. Cape Ann Brewing continues its support of the Northeast Seafood Coalition, a non-profit organization dedicated to preserving fishing communities, protecting fishery resources and feeding the world, and urges people to get involved in aiding our local fishermen.

Barcade is a combination bar and arcade celebrating classic video games and American craft beer. The original Barcade opened in 2004 in Williamsburg, Brooklyn. There are now additional locations in Manhattan, New Jersey and Philadelphia.