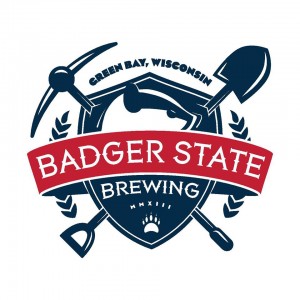 GREEN BAY, WIS. – May 13, 2014 – Badger State Brewing Co. has begun a 20,000 square foot expansion project to be completed the summer of 2014, which will allow the brewery to meet a growing demand for their beer.

“There has never been a more exciting time for craft beer in Green Bay and the state of Wisconsin,” said Andrew Fabry, President – Badger State Brewing Co. “Operating and growing our business in the city we grew up in has been a tremendously rewarding experience. The community support has been incredible since day one, and we could not be more thankful.”

The expansion is taking place in space adjacent to the current brewing operations, located at 990 Tony Canadeo Run, which will allow production and sales to continue throughout the construction process.

The first phase of the project will include a taproom, event space and new brewing equipment that will facilitate an initial capacity of 2,500 barrels of beer to be produced annually and allow for statewide distribution. Subsequent phases of the project will include new packaging equipment and an outdoor beer garden with a view of Lambeau Field. The brewery offices will remain located at 990 Tony Canadeo Run.