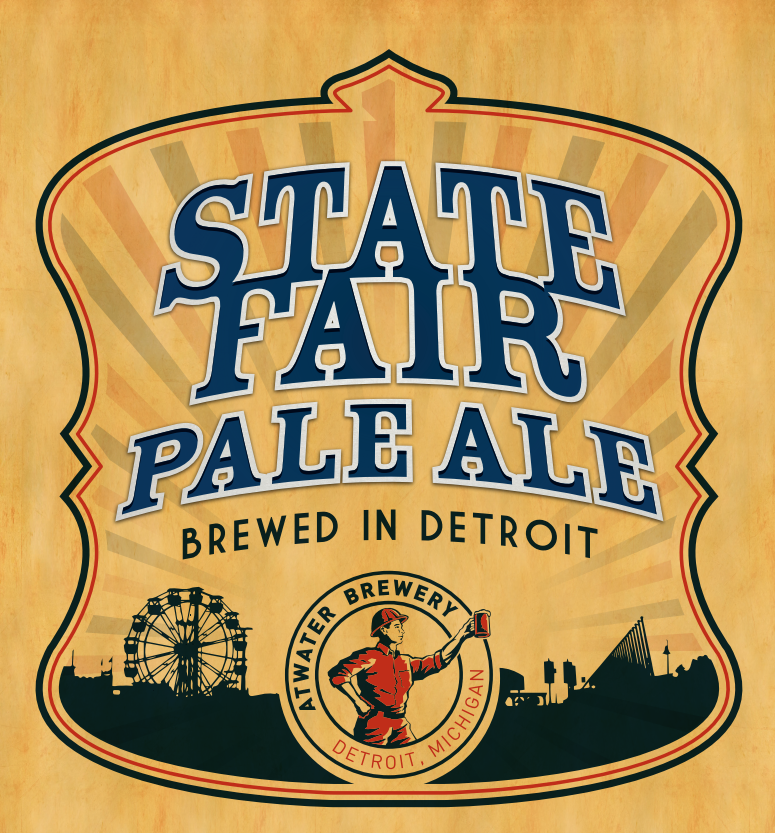 State Fair Pale Ale was introduced earlier this week at the grand opening of Meijer’s newest location in the Gateway Marketplace, adjacent to Detroit’s State Fair Grounds. The store, a result of a $20 million investment in the city, is Meijer’s first in Detroit.

“For Atwater’s ‘distinctively Detroit’ beers, this collaboration is especially gratifying,” said Mark Rieth, Atwater owner. “We brewed State Fair Pale Ale to be a reflection of the partners involved and to celebrate our shared heritage.”

State Fair Pale Ale is just beyond deep gold in color, edging into copper. It’s a straightforward outing in the American Pale Ale style, lightly caramel in character, with the crisp dryness and piney aromas of American hops and no bitter astringency. As with all Atwater brands, the beer fully meets the brewer’s singular focus on producing the highest quality craft beers on the market.

State Fair Pale Ale will be sold exclusively through Meijer’s starting with the 32 metro Detroit locations.

After completing its $1 million upgrade to its current facility, a historic 1919 warehouse in Detroit’s riverfront district, Atwater is now running at full capacity. Beginning in September 2013, Atwater will start production at a second full-scale brewery location in Detroit. The two facilities combined will be capable of producing 250,000 barrels of beer annually starting in 2014. As its brands continue to grow nationally, Atwater is planning additional brewery locations in both the Southeast and Southwestern U.S. When implemented in the first quarter of 2015, Atwater will increase its total capacity to more than 500,000barrels.