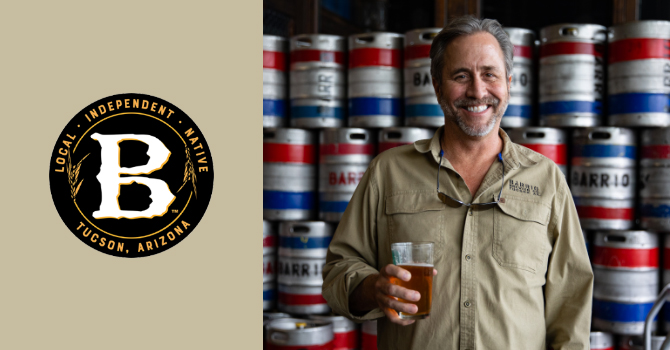 Speaking to Brewbound, Dennis Arnold said he and his wife decided the time was right for them to step away from the daily operations of the business but were leery of selling the operation to an outside party.

“We saw what happens in sales — everything gets changed, people get fired,” he said. “We’ve had people come and make all kinds of offers, and we just couldn’t see it, could not see that being our way out.”

Instead, the Arnolds decided to implement an ESOP that will turn the 100% of the 28-year-old business over to employees starting in January 2020. Unlike other companies that have implemented ESOPs, the Arnolds financed the deal themselves and will not roll out the transition over several years.

“We had no debt, we could self-finance, and it was my wife and I making the decisions, so there weren’t a lot of the barriers that a lot of businesses have wanting to go this route,” Arnold said.

Employees who have worked 1,000 hours in a year, or about 20 hours each week, are automatically enrolled in the program; shares will become fully vested after five years of employment. Arnold said he intended for the ESOP to benefit Barrio’s longer-tenured employees. Barrio employs 70 people, with about 50 full-time workers.

“It’s for the guys in the kitchen, and the management in the brewery, and the people who were with us a long time, so we’re super happy to be able to do that,” he said.

Employees who leave Barrio must sell back their shares in an effort to keep the shares with active employees, Arnold said.

Arnold has hired an accounting firm to revalue the company annually to provide an accurate valuation for share sales. Barrio has also appointed financial advisor Miguel Paredes as the ESOP’s trustee. Meanwhile, Arnold will sit on the company’s board of directors for five years.

Dickman, who previously worked at Golden Eagle Distributors in Tucson, Arizona, will lead the daily operations of the company.

“It’s quite enlightening and really makes me feel good about where we’re leaving it,” he said.

Last year, its output reached 12,289 barrels, a 10% increase over 2017. Arnold estimated another 10% of volume growth this year, which he attributed to keeping distribution within Arizona.

“Never be silly enough to think that San Diego needs your beer,” he said. “There’s only so much scale that makes sense, and I think in the industry that’s what you’re seeing. You have all these guys who scaled up now having to try to pull that back. It’s a pretty humbling experience, to say the least.”

Arnold estimated that Barrio’s sales are split evenly between taproom retail and wholesale. Retail revenue is about 45% beer, 45% food and 10% liquor and other non-beer beverages.

The Arnolds sought counsel from the Beyster Institute at the University of California, San Diego’s Rady School of Management, a foundation that studies employee company ownership.

Prior to founding Barrio, the Arnolds owned Gentle Ben’s Brewing Company near the University of Arizona. When the brewpub’s operations outgrew the space, the Arnolds moved the brewhouse to Barrio’s current location and rechristened it Barrio Brewing in 2006. They sold Gentle Ben’s two and a half years ago.

For their next act, the Arnolds are developing an event space in Tucson that is slated to open in 2022.

“Barrio’s been an amazing place for people to work and grow up and we treat them like family, so when it came down to this [the ESOP], this is what you do for family,” Arnold said.