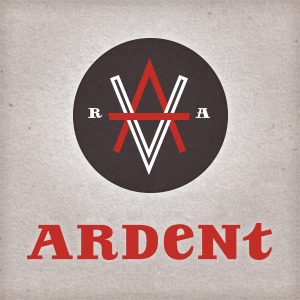 RICHMOND, Virginia — Ardent Craft Ales today announced that their brewery, taproom and beer garden will open on Friday, June 13 with the introduction of three core beers and a seasonal brew. After several months of renovations, the former warehouse in the Scott’s Addition neighborhood of Richmond now holds a 15-barrel DME system, which Ardent used to brew the first large-scale batches of their Virginia Common, IPA, Saison and limited-release Honey Ginger beer.

“We have adjusted to the new system and look forward to sharing our beers with everyone from long-time supporters to those coming to check us out for the first time,” said Kevin O’Leary, Head Brewer at Ardent Craft Ales. “We plan to constantly work on new and seasonal beers, which is something we’ve always done.”

The taproom will have 16 taps with a mix of core and rotating beer selections, as well as windows offering a view into the brewery. Richmond-based Johannas Design Group, Crossroads Development, Carpenter Tom Brickman, and Interior Designer Veronica Ledford formed the team that led the renovation of the 1940s building and focused on preserving many of the original features. Open skylights and metal-paneled windows were refurbished, while industrial garage doors and a walnut and brushed steel bar were custom designed to fit the warehouse. Ardent’s outdoor area will feature table seating as well as lighting traditional to beer garden settings.

“We wanted to offer a space that’s comfortable for hanging out and having a few beers, while at the same time letting people see the workings of the brewery,” said Tom Sullivan, Operations Director at Ardent Craft Ales. “We’ve always tried to support and teach others who are interested in making craft beer, and we plan to continue to make that a part of our mission.”

Ardent will open with their Saison, a yeast-derived spicy ale; the Virginia Common, a hybrid ale-lager; and the IPA, an American version of the style that favors hop aroma and flavor over bitterness. Also available for the season is the Honey Ginger, a brew made with fresh ginger and locally sourced honey. The brewery and taproom will initially be open Wednesday through Sunday and offer a small selection of snacks. In addition, Ardent beers will be offered on draft at a number of Richmond-area restaurants, bars, and eateries. Prior to opening, Ardent will participate in Broad Appetit on Sunday, June 1 and will host a beer release event at The Diamond, home of the Richmond Flying Squirrels, on Thursday, June 5.

Ardent Craft Ales began as a co-operative in 2010 in a Richmond garage, a space where friends Tom Sullivan, Kevin O’Leary, and Paul Karns sought to educate themselves and the community about historic brewing methods and beer styles. They created beers that were distinctly their own and supporters rallied around them. As a professional brewery, they continue in their founding tradition: their aim is to learn about, produce, celebrate, and enjoy exceptional beer. Their 15-barrel brewery, taproom, and beer garden in the Scott’s Addition neighborhood of Richmond is currently under renovation and scheduled to open in June 2014. For more information, please visit www.ardentcraftales.com, or @ardentcraftales on Twitter, Facebook and Instagram.