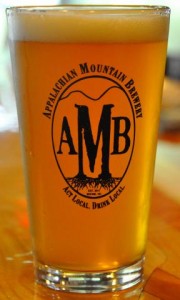 CHARLOTTE, N.C.— In a strategic move to prepare for wholesale distribution of its award winning craft beer, Boone, NC-based Appalachian Mountain Brewery announced today it entered into a letter of intent to acquire North Carolina Natural Energy, Inc., a publicly traded company, (OTC:NCNE). North Carolina Natural Energy, Inc., a Florida Corporation headquartered in the foothills of NC will change its name to Appalachian Mountain Brewery Inc. and begin trading as a craft brewery. Terms have been agreed upon and approved by both parties with closing expected before year end.

North Carolina Natural Energy, Inc. provides a wholesale liquor, beer and wine license with US Alcohol and Tobacco Tax and Trade Bureau (TTB.gov) as well as access to the public markets including a sophisticated shareholder group. Notably, one of NCNE’s shareholders, Chanticleer Holdings, Inc. (Nasdaq:HOTR) and its CEO Mike Pruitt, played a key advisory role in facilitating this combination.

“Sean and his team have created international award-winning craft beers that are gaining brand recognition throughout our region. We look forward to showcasing AMB’s craft beers in our restaurants and assisting in its regional distribution. Our Company will continue to assist AMB in its growth and expansion to becoming a global brand,” Mike Pruitt commented.

Sean Spiegelman, founder of Appalachian Mountain Brewery will be appointed CEO of the publicly traded company and continue to manage the brewery by offering a unique experience through community stewardship and environmental sustainability as a core part of the business. The brewery’s modern equipment utilizes American Made JV Northwest Brewing equipment, a 5KW array of solar panels to offset electricity along with a recapturing system to save water in the brew process. In keeping with the brewery’s sustainable mission to reduce, reuse and recycle, AMB has a grain exchange program whereby all spent grain is donated to local farms. AMB also has a “Pints For Non-Profits Program,” whereby a portion of proceeds from each beer sold is donated to local non-profit organizations.

Craft brewer retail dollar volume in 2012 was estimated at $10.2 billion, up from $8.7 billion in 2011. Appalachian Mountain Brewery is at the forefront of a growing trend where craft brewing has increased by 15% and overall beer sales topped $99 billion in 2012.

Appalachian Mountain Brewery, the Official Brewery of the Appalachian Mountains, not only makes seriously delicious craft beer, but focuses its business model on sustainability, community, and philanthropy. AMB won two Gold Medals and won the overall categories in the 2013 United States Open Beer Championship for its Honey Badger Blonde Ale and California Common. AMB competed against the biggest and best breweries from around the world where over 2,500 beers competed in 68 categories for aroma, appearance, mouth feel, flavor and overall impression. Appalachian Mountain Brewery, located at 3,333 feet elevation atop the Appalachian Mountain Range in Boone, NC, is certified by the NC GreenTravel Initiative, a program that recognizes state travel-related businesses that employ healthy environmental practices. AMB is within minutes of world-class destinations such as Grandfather Mountain, Tweetsie Railroad, Beech Mountain, Sugar Mountain, Appalachian Ski Resorts and the three-time National Football Champions Appalachian State University.

Chanticleer Holdings (Nasdaq:HOTR) is focused on expanding the Hooters(R) casual dining restaurant brand in international emerging markets and American Roadside Burgers Inc (“ARB”), a Charlotte, N.C. based chain. Chanticleer currently owns in whole or part of the exclusive franchise rights to develop and operate Hooters restaurants in South Africa, Hungary and parts of Brazil, and has joint ventured with the current Hooters franchisee in Australia, while evaluating several additional international opportunities. The Company currently owns and operates in whole or part of seven Hooters restaurants in its international franchise territories: Durban, Johannesburg, Cape Town and Emperor’s Palace in South Africa; Campbelltown in Australia; Budapest in Hungary; and Nottingham in the United Kingdom. ARB, purchased by Chanticleer Holdings on October 1, 2013, has a total of 5 casual restaurants — 1 location in Smithtown, N.Y., 2 locations in Charlotte, N.C., 1 location in Columbia, S.C., and the newest location is in Greenville, S.C. The Company also owns a majority interest in JF Restaurants, LLC and JF Franchising Systems, fresh food-focused casual dining established with 5 restaurant locations.