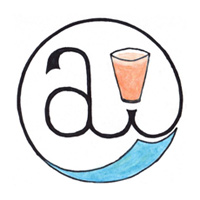 CONCORD, CA – Ale Industries, a craft brewery in the East Bay will be releasing A.I. Evolution, this Saturday September 1st through our Tap Room. Evolution is a beer that we have been dreaming of for the last sixteen years. The concept is simple, create a beer that is constantly evolving through blending with new and complementary batches. As easy as the concept is, implementing this into a breweries schedule that is currently maxed out took the idea of getting creative to the next level.

We have really been ramping up our Barrels and Uniquities department here at A.I., and until Evolution it consisted of either 100% brett ferments or whiskey/bourbon barrel aged beers. We coincidentally also recently made the acquaintance of Jay Goodwin, of The Rare Barrel, a start up here in the Bay Area thats focus is on barrel aged sours. He had stopped by the brewery during an Orange Kush brew day, and we were telling him about our bottleneck issues. Our fermentation space has limited our production, and until we got that figured out we were stuck at around 1200 bbl/year. He pointed out that we had eight barrels sitting there empty, just asking to be filled with beer. We had them sitting there waiting to be put into rotation for our sour projects. Until Jay suggested it we had never even thought of using old wine barrels as fermentation space for “regular” beer.

That was when it all came together. We would use the barrels as the fermenter for Evolution. Quickly Evolution became cooler than we had thought possible. Not only was this going to be an ever changing beer, meandering down the pathway of the brewers imagination, but it was going to be barrel fermented to boot!

A.I. Evolution, Generation 1 is an English Strong Brown, 8% abv. We are really loving the subtle oak character that the barrels have given the beer. The color of this beer has come from English Brown malt, a very earthy and nutty malt. Victory and Special B malts give it a beautiful caramel flavor and depth. Nugget hops from the U.S. are used for bittering and Willamette is for flavor hops. Finish is malty and toasty.