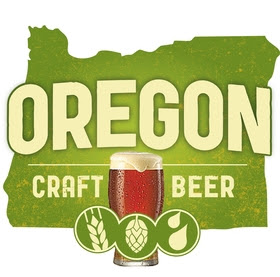 Oregon’s affinity for local craft beer has reached an unprecedented high, as more than 18 percent of all beer consumed in the state last year was locally produced, according to the Oregon Brewers Guild.

Of the 1.4 million barrels the state’s breweries produced last year—an uptick of 8 percent over the year prior—500,000 were sold to Oregonians, a new in-state sales record.

After adding more than 200 jobs in 2013, the state’s brewing companies now directly employ more than 6,600 people, the Guild added.

Additionally, retail sales of beer produced in the state totaled more than $400 million last year, according to the guild, as the industry at large contributed $2.83 billion to the state’s economy, while also employing “roughly 29,000 people directly and indirectly.”

“We have the largest number of breweries per capita and also the highest percentage of dollars spent on craft beer in the U.S.,” Brian Butenschoen, executive director of the state’s brewer’s guild, said in a statement. “Hood River has a brewery for every 1,433 residents and Portland has more breweries than any other city in the world.”

One of those Hood River breweries is Full Sail Brewing Co., which has been in business since 1987, years before the so-called craft beer revolution washed over the country.

Andy Krakauer, the brewery’s new vice president of sales — who was hired earlier this month — and an Oregon native himself, attributes much of the local love of craft beer to a pervasive sense of pride for all things home-grown.

“There’s a tremendous amount of pride in anything that’s Oregon-made, Oregon-brewed,” he said. “People try to support the products in-state in a number of industries.”

Krakauer added, however, that the type of growth seen in the guild’s study could at some point level off due to increased market saturation, though he is hopeful that time isn’t near on the horizon.

One of the biggest challenges now, he said, not only in his craft crazy state, but throughout the country, is figuring out how to stand out from the crowd, which seems to be getting bigger and bigger.

“It’s just the thing that becomes tough for everybody. There’s a lot of rotation amongst brands out here,” he said. “Everyone’s working hard to set themselves up to be the craft of choice.”

Jim Brady, Full Sail’s Pacific Northwest regional sales manager, who is also new with the company, having started in April, reiterated that idea, and said to be the craft brand of choice in not only a state as saturated as Oregon, but throughout the country, brewers need to adapt to the attitudes of the consumer.

“The palate of the consumer has changed,” he said. “The beer consumer, they’re picking up more variety, more flavor, if you will, in their beer. That’s been fairly consistent, not just in Portland, not just Seattle, but throughout the country.”

Though in Oregon, despite the challenge of keeping relevant in the rotation, the dedication to local has prevailed, as an estimated 53 percent of all draft beer consumed in the state last year was brewed in Oregon.

Overall craft production grew 18 percent in the U.S., the guild added, and accounts for 7.8 percent of the total volume of beer brewed in the country. 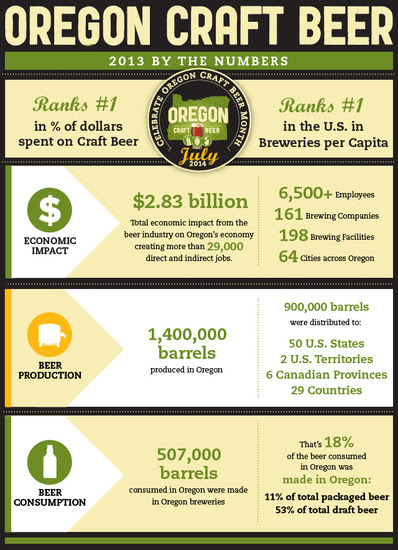