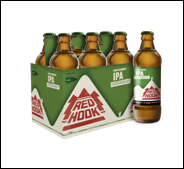 WOODINVILLE, WA – This month, Redhook Brewery, one of the nation’s founding domestic craft brewers, is celebrating its 30th birthday by unveiling a new look, including bottles, labels, bottle caps and packaging.

The new look is all part of Redhook’s effort to get back to its roots.

“There seems to be a movement within the craft beer community where a lot of breweries are trying to ‘out craft’ each other,” said Robert Rentsch, brand manager of Redhook Brewery. “Redhook isn’t about that. Of course we’re brewing great beer, but we’re just as interested in having a great time. We think our new look reflects our personality well.”

Just like other pioneering brands such as Starbucks and Microsoft, Redhook was born out of the energy and spirit of the 80’s.  In 1981, founders Paul Shipman and Gordon Bowker (who happened to be a co-founder of Starbucks) thought the people of Seattle deserved their own beer; one that offered more flavor than the lighter tasting domestics and imports that were available at the time.

Redhook started brewing beer out of a converted transmission shop in Seattle’s Ballard neighborhood. After achieving local success with Ballard Bitter (known today as Long Hammer IPA) and ESB, Redhook became the first nationally distributed craft beer brand. Then came the identity crisis. “We realized we weren’t celebrating the big personality that Redhook is in the way it deserved to be celebrated,” said Rentsch. 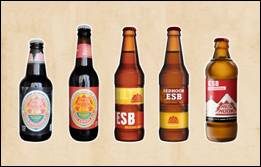 After some soul-searching over a few beers, Redhook decided it needed its exterior to match its personality. The new look includes: