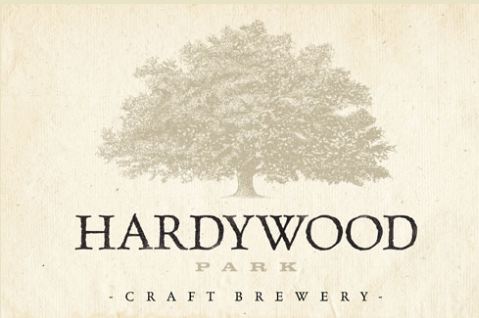 Richmond, VA – Craft beer industry veterans and lifelong friends, Eric McKay and Patrick Murtaugh are preparing to launch the Hardywood Park Craft Brewery this summer on Ownby Lane, smack between the Diamond and the Fan.

“With loads of creative energy, ample opportunities for adventure seekers, a rich history, and a growing appreciation for natural, local foods, Richmond has all the makings of a great beer city” states McKay.

With a few major new beer events, including the World Beer Festival and Richmond Beer Week, and rumors of an expanding lineup of brewing talent slated to join local craft beer pioneer, Legend Brewing Company, Richmond’s beer culture is certainly on the rise.

McKay and Murtaugh first discovered hand crafted beer in 2001 made by a talented home brewer at a sheep station in Australia called Hardywood Park. Amazed by how good the beer was, McKay and Murtaugh promptly bought a home brewing kit and set out to learn everything they could about beer and brewing.

After a year-long brewers apprenticeship while studying economics at Davidson College, Eric started an eight year career with the L. Knife & Son Companies, one of America’s leading craft beer wholesalers. In his current role as director of marketing for the company, Eric created GreatBrewers.com, a leading inbound marketing platform for craft brewers, and the BeerCloud mobile app, praised by the New York Times as “the go-to beer app” for iPhone and Android.

As long-time advocates of the “all boats rise with the tide” aphorism in regards to craft beer, Hardywood’s co-founders are hoping to do their part to raise appreciation for the better beer category. For McKay, an MBA and Richmond’s first Certified Cicerone™, it’s all about education. “We’re hoping our brewery will serve as a hub for beer education” states McKay, adding “we can’t wait to start offering classes and hands-on training to local beer enthusiasts and retailers on topics such as the brewing process, the history of beer, beer styles, and beer and food pairing, and hope to invite guest speakers whenever possible.”

After working for several years in sales and management for New York City’s premiere craft beer wholesaler, Murtaugh earned a diploma in Brewing Technology from Chicago’s Siebel Institute. He is also a graduate of the Master Brewer Program at Doemens Academy in Munich, Germany, and has apprenticed at Brauerei Heller-Trum in Bamberg, Germany and at Defiant Brewing Co in New York.

For Murtaugh, the transition to master brewer carries a deep personal significance, as he is the fourth of an esteemed lineage of American brewers dating back to the 1890s. Murtaugh’s great, great grandfather, Louis Kuhn, earned international acclaim when he took the gold medal at a worldwide brewing expose in Baden-Baden Germany in 1896 for his Tivoli Ale. The beer was renamed Gold Medal Tivoli upon his return to the US, where he served as master brewer of the Springfield Breweries Company, New England’s largest brewing concern. Murtaugh’s great grandfather, Henry Kuhn, studied at Siebel’s Brewing Academy in 1906 alongside Charles Koch, grandfather of Jim Koch, founder and CEO of Boston Beer Co. Henry Kuhn and his son, another graduate of Siebel, went on to lead distinguished brewing careers.

At the time that Murtaugh’s forefathers were winning international acclaim, brewing was a noble profession conducted by craftsmen. While industrial mega-brewers have defined the last generation of beer in America by their incredible economies of scale through automation, and impressively low cost interpretations of beer, light beer, and ever lighter beer, the current generation of beer enthusiasts is reclaiming brewing’s rightful place as a practice conducted by artisans. And despite his impressive brewing legacy, Murtaugh is humbled to be included as the newest brewer in Virginia’s burgeoning craft beer community. “I have the utmost respect for the brewers here in Virginia,” states Murtaugh, “and hope that we can build on Richmond’s rich brewing heritage.”

After a decade of brewing on a 5-gallon home brewing system, McKay and Murtaugh are really excited to fire up their immaculate 20-gallon pilot brewing system, where each recipe will be perfected prior to larger scale production.

The company’s 20-barrel brewhouse is currently being built by industry leader Newlands Systems Inc. and is scheduled for delivery in mid-June. The co-founders hope to have the brewery open for tours and to start distributing to local bars, restaurants, and stores by late summer. Hardywood’s initial portfolio will include a sessionable yet sophisticated Abbey-style beer, available on tap, which will be complemented by a series of envelope-pushing artisan ales to be released throughout the year in 750 ml. corked bottles, on tap, and in casks at select bars.