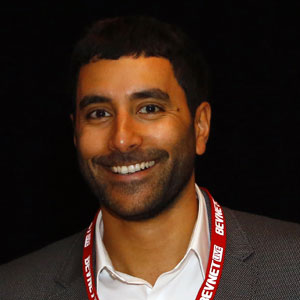 Ray has been with BevNET since March 2011 and oversees strategic planning and content for the Taste Radio podcast, BevNET's education platform and various aspects of BevNET conferences.

Brewbound recently had a chance to catch up with Joe Kaczynski, Boston Beer Company’s National Channel Manager for Convenience, and Joshua Grab, the company’s Trade Marketing Manager, for an informal discussion about how the company approaches the convenience channel in terms of sales growth and education of convenience store operators and consumers.

It’s a trend seen since the emergence of craft: brewers christening their beers with inventive and catchy names that often play on ingredients, formulation or seasonal release. In the case of Dogfish Head’s Wet Hop American Summer, it’s all of the above. And so when it came time to name its first year-round IPA, Sierra Nevada chose a similar path with its choice of “Torpedo,” which takes its name from the brewery’s innovative “Hop Torpedo” device.

A bill signed into law Monday by Illinois Governor Patrick Quinn will enable the state’s self-distributing craft breweries to produce up to 30,000 barrels annually, doubling the previous amount allowed. The law, HB 1573, “does not affect the ability for a craft brewer to self-distribute up to 7,500 barrels or to simultaneously hold a brew pub (retailer) license,” according to a statement from The Associated Beer Distributors of Illinois (ABDI).

A Colorado state senator has pulled the plug on a proposed bill that would allow grocery and convenience stores in the state to sell craft beer, according to coloradoan.com. Sen. Kevin Priola (R-Henderson), the sponsor of the bill, stated that the legislation lacked support from the craft beer industry as well as from the House Business, Labor and Economic Workforce Development Committee, which was scheduled to hold a hearing on the bill yesterday.

With new distribution in Northern California, a recent brewery expansion, and plans to dramatically increase production in 2013, Hangar 24 Brewery is flying fast and thinking big. The Redlands, Calif.-based brewery debuted in the San Francisco market in January, marking the largest expansion in its distribution since launching in 2008.

Anheuser-Busch InBev (ABI) has vowed to “vigorously contest” an antitrust lawsuit filed by the U.S. Department of Justice (DOJ) which seeks to block the beer giant from acquiring total ownership and control of Mexican brewer Grupo Modelo. ABI currently owns half of Grupo Modelo, which makes Corona, among other brands; the proposed $20.1 billion transaction would make it the sole owner of the company.

Amid a fiery public debate on which beer brands should and shouldn’t be called “craft beer,” a popular Boston-area retailer is calling on the Brewers Association (BA) to update its definition of the beverage. In a letter to the industry group, Craft Beer Cellar, a Belmont, Mass.-based purveyor of premium craft and import beer, is requesting that the BA introduce a “more modern and inclusive revision to the current definition of a craft brewer.”

Any way you look at it, it’s a crafty investment. Adolphus A. Busch IV, the son of legendary Anheuser-Busch CEO Gussie Busch Jr., has purchased a minority stake in Salmon River Brewery, a brewpub in McCall, Id., according to the St. Louis Business Journal. Busch now owns 49 percent of Salmon River, which was founded in 2008 and produced just over 500 barrels of beer in 2012.

New Belgium announced today that co-founder and CEO Kim Jordan and her family have sold their controlling interest in the brewery to its employees via its Employee Stock Ownership Program (ESPO). The ESOP already owned 41 percent of the company. There was no disclosure of how much money Jordan and her family gained from the sale.

After six years at the helm, Brian Walsh has stepped down as president and CEO of Long Trail Brewing Company. Walsh, who departed the company last week, will pursue new personal and professional opportunities, according to investor Daniel Fulham, who has taken over Walsh’s roles for the Bridgewater Corners, Vt.-based brewery.

Following partnerships with rock band Pearl Jam last year and hip-hop group Deltron 3030 in June, Dogfish Head is once again collaborating with an iconic musical act for a limited edition beer release. The brewery is working with Grateful Dead Productions, the marketing arm of the eclectic rock band, to brew “American Beauty,” a strong pale ale brewed with all-American hops and barley, as well as a special ingredient to be voted on by fans of band and brewery.

Newburyport Brewing Co. announced today that it has raised $1 million in private capital as it plans to launch a new 8,330 square foot brewing facility. While Newburyport’s business plan called for $750,000 in start-up capital, and, by last month, had raised over $600,000 from a variety of investors, co-founder Bill Fisher stated that the brewery could now devote more resources to sales and marketing initiatives and place greater focus on the quality of its beer.

Over the last two decades, the state of New York has been a significant player in the rise of craft beer, dazzling consumers with some of largest and most well-respected craft breweries in the country. However, it turns out that beer has long held a special place in the Empire State, illuminated by a new… Read more »