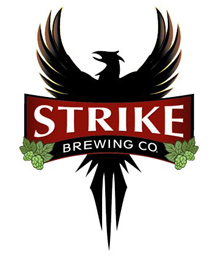 Previously in the East Bay, Strike has self-distributed to a number of accounts which focus on rotating craft beers. Drew Ehrlich, Brewmaster, commented “With the addition of Bay Area Distributing we can expand our reach to many new on- and off-premise accounts we couldn’t previously serve on our own. I’m looking forward to sending some interesting seasonals, sours, and one-offs over there.”

During its two years in the market, Strike has grown carefully and executed its plan to expand within California before crossing state lines. With the addition of a new brewery in 2014, Strike, leading the session beer resurgence, plans to add a number of new styles in both bottles and draught, as well as bringing the Wit and Porter back to the Session Series line-up.

Strike Brewing Co. was launched in December 2011 by three avid athletes who had a passion for craft beer and bringing a new brand to the Bay Area. They realized adventurers, explorers and competitors sought authentic beers with flavor and character. Strike beers are intended to be enjoyed amongst friends in good times and celebration. Our beers have been chosen and brewed not to quench the “fire within” but to reward and fuel it. For more information see www.StrikeBrewingCo.com