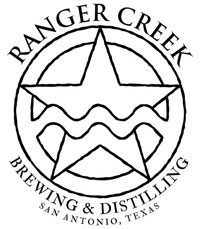 SAN ANTONIO, TX — On November 21, 2010 Ranger Creek sold their first keg of beer. The historic first keg from San Antonio’s only production brewery was Ranger Creek OPA (Oatmeal Pale Ale). One year later OPA is Ranger Creek’s best-seller and can be found on taps across San Antonio, Austin, and Houston.

To celebrate their one-year anniversary and the success of their flagship beer, Ranger Creek has brewed a special version of the OPA they are calling UNO. UNO is an oak-aged rye OPA. They started with their standard OPA, added rye to the grain bill, and then aged it in oak barrels. The result is a delicious, interesting version of their OPA with new dimensions.

“Now that we’re one year old and have released our bourbon, our vision of becoming a true “brewstillery” is coming to fruition,” explains Mark McDavid, co-founder of Ranger Creek. “The changes we made to UNO reflect this,” McDavid continues. “We used rye because it’s a great, flavorful grain and it’s a crossover grain because we also use it in our bourbon. And using oak barrels to age the beer symbolizes the oak barrels use to mature our bourbon.”

The resulting beer has the creamy body and citrusy hoppiness of the OPA along with an herbal spiciness from the rye and notes of new wood.

The brewstillery has a series of events lined up to celebrate their birthday and introduce the beer world to UNO, including a special anniversary Open House and UNO releases in a commemorative pint glass.