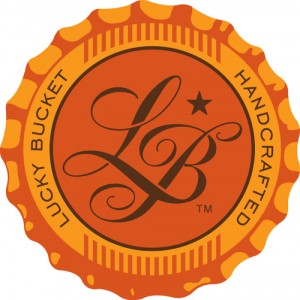 LA VISTA, NE — Lucky Bucket Brewing Company is happy to announce the release of two new brews as a part of its Single Batch Series; Beyond the Pail, a Belgian Pale Ale, and the anticipated return of El Mastodon, an American Barleywine. This is the first year Lucky Bucket has produced the Beyond the Pail, and it will only be available on tap in the tasting room and at select local bars and restaurants. El Mastodon was last brewed by Lucky Bucket two years ago and has returned once again because of its initial popularity.

Lucky Bucket began its single batch series shortly after launching, in 2009 to create and develop different beer styles to be enjoyed by its fans. Some of the previous creations went on to become house staples for the brewery, such as the Oktoberfest Seasonal and Certified Evil that today are both bottled and distributed. “Doing single batch beers allows the brewers to experiment with recipes and ingredients and come up with something new” says President Jason Payne, “We’ve discovered a lot of Lucky Bucket favorites through the Single Batch Series.”

Established in 2008, Lucky Bucket Brewery has been dedicated to producing exceptional craft beer right here in the Omaha and La Vista area and hopes that the continued exposure of the Single Batch Series draws in more craft beer lovers to try beers with different flavor profiles. The market’s reaction has been tremendous. “People wait all year for some of these single batches, like our Big Pimpkin that was released in the fall, it only lasted two weeks,” says Mike Cunningham, Head Brewer. “It allows us to be more daring with a recipe as well since it’s brewed in a much smaller quantity.”

Lucky Bucket’s next single batch beer will be a smoked chile porter called Up In Smoke. The beer is expected to be released sometime in January. To sample any of these beers visit the Lucky Bucket tasting room Wednesday through Friday 4pm-10pm, and Saturdays 11am-5pm.