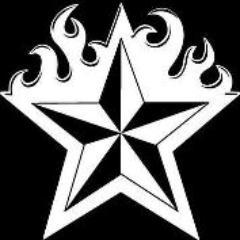 Austin, TX — Celebrating their 10th Anniversary later this year, Independence Brewing Co. kicks off this key milestone with a significant expansion and update to the brewery. As one of the three original craft breweries in Austin, Independence debuts its new facility in January, more than doubling its current 7,500 square foot space to an expansive 17,500 square feet. With the new space, the brewery will begin hosting brewery tours Friday at 4:00 and 6:00 pm, beginning February 7th in addition to the long-time immensely popular First Saturday events. Tours are free of charge.

Independence Brewing’s new and improved system replaces current outdated equipment with this new state-of-the art equipment, efficiencies increase greatly, allowing Independence to remarkably increase production. For example, with the previous system it required around 8,000 lbs. of grain to brew a 60-barrel batch of Convict Hill Stout whereas on the new system, it only requires 5,000 lbs. to brew the same amount in a single batch. One of the most noticeable end results will be with the brewery’s capacity to expand to new markets. With the new system in place, they will be able to considerably expand their distribution to Houston, Dallas-Ft Worth, and more.

“We’re thrilled about this huge step forward for our facility, as the new expansion and updated equipment allow us to increase our reach throughout Texas,” says Co-founder and President Amy Cartwright. “Being one of the original breweries in Austin, it’s refreshing to see the local craft beer scene flourishing and we’re excited to be able to play a part in such a supportive and creative industry.”

Included in the new JV Northwest system is an updated mash tun, kettle, whirlpool, hot water tank and cold water tank. The equipment has a 60 barrel batch size and will yield nearly 60 barrels for beers up to 9.5% ABV. The brewery is starting out with two 60 barrel and two 120 barrel fermenters, which will yield a 15,000 barrel capacity with the intention of later adding additional vessels to reach a potential 100,000 barrel capacity. Phasing out the original system, which relies heavily on manual operations, the brewery expects to make the last batch using the old system in April, decommissioning it with a Berliner Weisse. Additionally, this year will also mark an impressive milestone, the brewery’s 3,000th brew that will be completed in February.

Founded in 2004, in a vastly different landscape prior to the Texas craft beer boom, Independence Brewing Co. has remained on the forefront of the industry. A finalist for the Good Food Awards three years in a row, Rob and Amy Cartwright have always been passionate about producing beers that they not only personally love, but that come from the highest quality ingredients. The Cartwrights are big supporters of all things local, from community involvement with local nonprofits like Austin Pets Alive to their First Saturday events which promote local bands, food vendors and more.

Signature Brews from Independence include: