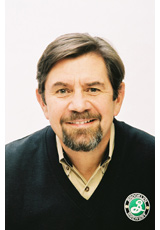 Brewbound is delighted to announce that Brooklyn Brewery President Steve Hindy will join the Brewbound Session on June 5th as a speaker and panelist.

Hindy will be on hand to discuss the current state of capacity in the craft beer space and explain the role distribution is playing in the ongoing growth of the craft beer category. Hindy will also explore the connections between the upcoming growth in brewing capacity and wholesalers’ eagerness to both pursue and sell craft brands.

Hindy will then join a panel discussion focused on the challenges a startup brewer faces when searching for distribution options. That panel will include World Class Beer’s Jim Schembre, who before will discuss the rising craft distribution networks.

The Brewbound Craft Beer Session will be held on June 5th at the Metropolitan Pavilion, a meeting and event space at 125 W. 18th Street in Manhattan. The event is co-located with BevNET Live, a two-day forum for beverage entrepreneurs, suppliers, distributors, retailers and investors.

To sign up for the event online, please visit the registration page. Additional questions regarding registration and sponsorship inquiries can be directed to Chris Furnari at 617-231-8828 or cfurnari@bevnet.com.

Steve Hindy is co-Founder, Chairman and President of The Brooklyn Brewery, one of America’s top 25 breweries. A former journalist, he became interested in home-brewing while serving as a Beirut-based Middle East Correspondent for The Associated Press. Back in the states as Newsday’s assistant foreign editor in 1988, he began brewing his own beer and persuaded his neighbor, banker Tom Potter, they should quit their jobs and start a brewery.

Hindy is a member of the Board of Directors of the Beer Institute and The Brewers Association. He is a director of Brooklyn’s Prospect Park Alliance, chairman of the Open Space Alliance for North Brooklyn, former chair of Brooklyn’s Tourism Consortium and a former member of Community Board 1. Hindy also serves on the Board of Transportation Alternatives and the Alcohol Beverage Manufacturer’s Research Foundation.