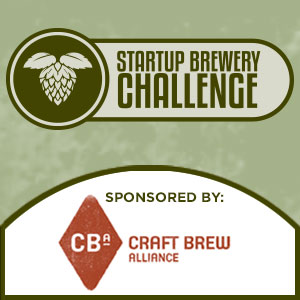 Presented by Craft Brew Alliance, the Startup Brewery Challenge gives new craft brewery owners the opportunity to show off their business plans, new beers and receive immediate feedback from an expert judging panel. Five breweries, that have been on the market for less than two years and have annual revenues of $2 million or less, will compete for an opportunity to craft a new beer with Widmer Brothers Brewing. In addition to the collaboration brew, the winning contestant will also receive free admission to the Brewbound Session business conference, being held on December 5 in San Diego.

Brewers wishing to participate in the Startup Brewery Challenge should visit the application page for a complete listing of rules and selection criteria. Questions about the competition can be directed to Chris Furnari at cfurnari@bevnet.com.

Brew Talks Portland will also feature an in-depth discussion about the Portland craft beer scene. Three local brewery owners will discuss the advantages and disadvantages of building a beer company in one of the country’s most competitive craft markets, their strategies for growth and the emerging retail opportunities that exist for craft beer breweries.

The West Coast Tour will also include stops at The Lost Abbey on July 23, Golden Road in Los Angeles on July 24 and Two Beers Brewing in Seattle on July 25.

Craft Brew Alliance was formed with the merger of leading Pacific Northwest craft brewers – Widmer Brothers Brewing and Redhook Ale Brewery – in 2008. With an eye toward preserving and growing one-of-a-kind craft beers and brands, CBA was joined by Kona Brewing Company in 2010. CBA is a unique alliance between three pioneering craft beer brands. While each brand executes independent strategies, the shared capabilities, knowledge and passion of the Alliance are exponentially greater than any one of our three brands alone. Together, CBA is able to satisfy more consumers, at more times, in more locations, through more authentic, distinct craft beers and brands than any other brewery.