West Coast
You are viewing a past event. Check out our upcoming content. 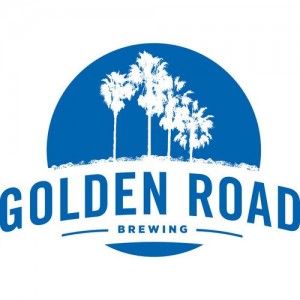 As part of its week-long tour of the West Coast, Brewbound will travel to the home of Golden Road Brewing in Los Angeles, Calif. on Wednesday, July 24 to host Brew Talks, the free educational and networking series for craft beer industry professionals.

During the event, Golden Road Brewing co-founder Meg Gill and The Bruery founder Patrick Rue will offer audience members a unique and entertaining chance to better understand how each brewery operates. Brewbound.com editor Chris Furnari will moderate a debate-style discussion with Rue and Gill, allowing each brewery owner the chance to explain their respective business models, go-to market strategies and distribution goals.

Rue, who operates a margin-driven brewery business, will present on the profitability of high-end brands while Gill, who chases larger production volumes with the goal of becoming “L.A.’s craft beer,” will explain why there is still an opportunity to succeed in a traditional craft brewery business model. They will then debate the viability of their models.

Prior to the debate, a brief panel discussion with local craft beer industry members will look to examine the environment for craft in Los Angeles. One local brewer, distributor and retailer will explain why the craft beer marketplace is underdeveloped in L.A. and how it’s changing.

Brew Talks L.A. will be held at Chloe’s, Golden Road’s private event space for craft beer industry members, on Wednesday July 24. A special complimentary sample of a new Golden Road beer will be given to all attendees during the pre-event networking session, which begins at 5 P.M. PST. Brew Talks will begin at 5:30 P.M. and additional Golden Road offerings will be available for purchase throughout the evening.

The brewery is located at 5410 San Fernando Rd. West in Los Angeles, Calif.

The West Coast Tour will also include stops at Lost Abbey in San Marcos, Calif. on July 23 and Widmer Brothers Brewing in Portland, Ore. on July 27. A fourth stop in Seattle, on July 25, will also be announced soon.