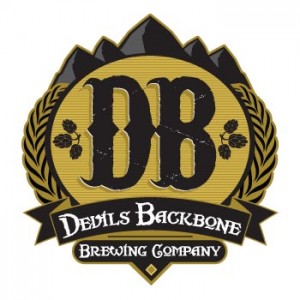 Sam Crickenberger, the director of economic development for Virginia’s Rockbridge County, loves to “see dirt get turned over.”

He wants companies, both from the U.S. and abroad, to plant their flags in that southern terrain and call it home. When a brewery like Devils Backbone does just that, well, that’s even better. That, Crickenberger said, is because breweries offer something that is often absent from other businesses.

Located in a part of the country where farming and agriculture is the top industry, Crickenberger believes that the booming popularity of craft beer not only stimulates the economy, but also provides a bit of welcome fun for the community at large.

“This is a business like many others, but there’s a lot of fun associated with this,” he said, taking part in a panel on craft beer’s role in urban development during the Brew Talks Southeast Tour. “We’re really promoting the valley, the quality of life.”

While there is obviously fun to be had in raising a pint at the end of the week, the benefits a brewery can bring to a community are more than hedonistic.

Dennis Burnett, executive director of the Shenandoah Valley Partnership, added that breweries in the area help the farming economy as well. Raising hops locally, for instance, adds a new stream of revenue that stems directly from the budding craft industry.

Burnett is also quick to point out that the presence of a brewery – or multiple breweries – doesn’t just help the immediate county it resides in, but its neighboring municipalities as well.

“You see the benefit of the microbrewery and it spills beyond Rockbridge County,” he said. “The next county over, they’re doing the packaging.”

Added Crickenberger, “It’s like the redevelopment of any area. You’ve got different folks that start visiting the area and that’s going to have some spin off effect.”

Part of that effect is tourism, as breweries are a “huge draw,” said Crickenberger.

Due to a brewery’s ability to boost tourism, farming and the economies of surrounding counties, legislation has been passed on the local level meant to assist brewers further by allowing the sale of pints without food, for instance.

The list of perks doesn’t end there. When asked whether having a brewery makes the county a cooler place to live, Crickenberger said simply, “it does.”