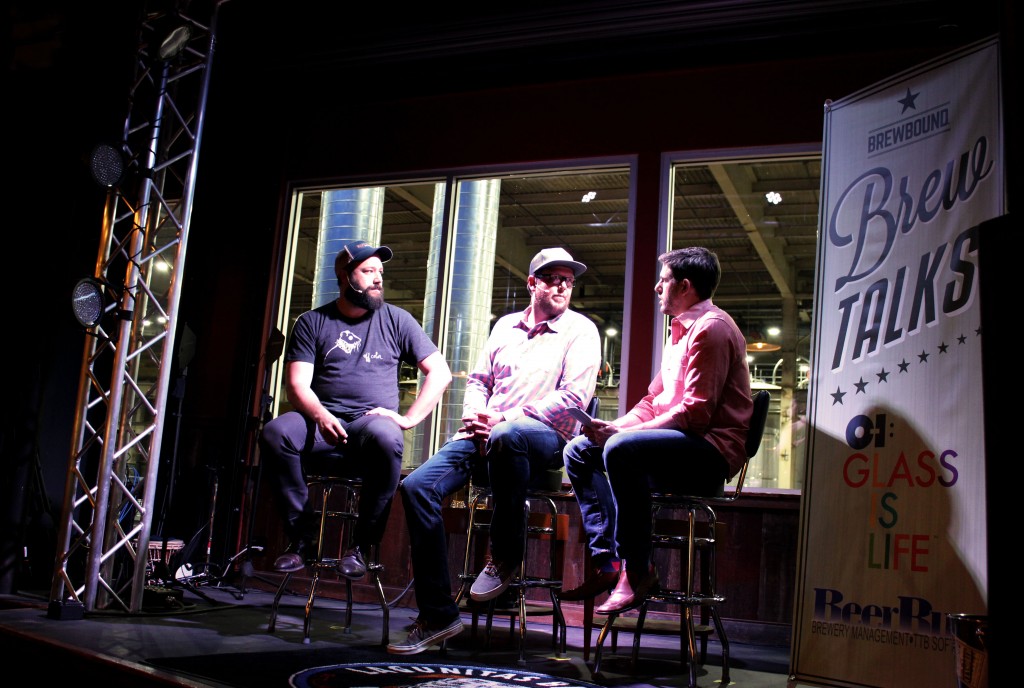 Michael Kiser, a brand strategist who’s worked for companies as large as Anheuser-Busch InBev and as small as yet-to-launch craft startups, believes there’s a distinct difference between the craft of brewing a quality product and the task of running a brewery business.

“You are not a brewer until you know how to sell a beer,” Kiser said at last night’s Brew Talks meetup, a gathering of beer industry professionals that was held at the Lagunitas Brewery taproom in Chicago.

For Kiser, before any brewer can effectively sell one of their products, they must possess a deep understanding of their brand identity and the story being told to customers.

That’s exactly where John Barley, the co-founder of Solmen Oath Brewery — who joined Kiser on last night’s panel — began his journey when he launched in 2011.

Barley didn’t make his foray into the beer category as a homebrewer. Instead, he began from a place of desire to create great tasting products with compelling narratives. In doing so, he needed to trust that Tim Marshall — the brewer he would hire to manage production — would create high-quality beers bearing the Solemn Oath brand.

So, early on, Barley didn’t focus on producing a steady stable of beers that consumers could pick up at their local grocery store. Instead, he aimed to create brand awareness, and excitement, by continually changing up his rotation.

This approach “started out of necessity,” he said.

“We didn’t have the opportunity to build a flagship around a citra hop,” said Barley. “We had to work with what was available to us. At the same time, we didn’t want to come in a predetermined – this is our Belgian Pale, this is our American IPA, hope you like it because we aren’t going to change it.”

The idea, Barley said, was to solicit feedback which would ultimately help define what the company’s core lineup would look like.

This approach, coupled with the fact that Barley wasn’t tasked with brewing every batch of beer, enabled him to turn his attention on the company’s sales and marketing efforts.

But all sales and no story is no recipe for success. That’s where branding experts like Kiser come in. They make sure that the story behind the beers rolling off a bottling line are in sync with a brewery’s identity.

“Understanding who your consumer is and what you’re up against from a communication standpoint is critically important,” he said.

So what are Kiser’s keys to success? When taking on a new client, Kiser actively seeks to learn as much about his new business partners as possible.

“I really, really get to know these people,” he said. “I always go spend time with them, understand who they are, where they live, the kinds of people they spend time with.”

For Kiser, understanding the types of bars and restaurants his clients frequent, the breweries they admire and also the companies they dislike serves as both a road map for creative storytelling and a “psychology session.”

“If they have this internal idea of what the brewery will be, you need to get that out,” he said.

Barley echoed Kiser’s points, noting that some brewery owners are natural marketers who have very clear visions of the future. But for those brewery founders that aren’t born as branding experts, Barley suggests stepping aside and letting someone like Kiser help pave the way.

“If they don’t have it, they should realize it and bring people in… that have that kind of vision to guide them,” he said.

That “guiding vision” helps not only to tell stories but also to define the kinds of beers that are brewed, Kiser said.

By helping to define the types of beers his clients really want to make and beginning to understand how they’ll talk about it, Kiser is able to “actualize a brand.”

So what can craft brewers do to improve the image and identity of their brands?

“Don’t be beholden to a subculture,” said Kiser. 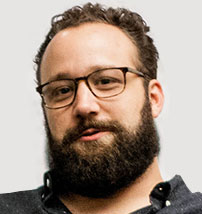 Identifying a small niche is great, but when you start growing beyond a small subculture, sometimes you learn that nobody is listening, Kiser said.

“If you are banking everything on that subculture, which is easy to do because you know you are going to sell every ounce to that subculture, growing up becomes a much harder process,” he said. “Stay more open to the consumer that is just beyond where you are at now and get to know them a little bit better.”

Dabbling in subcultures is a great way to build an early consumer base, Barley said, but being able to adapt is important.

“If you can build a business and a brand that is flexible, you can take a little bit more risk at a more reasonable level,” he said.