We’re less than 24 hours away from the Brewbound Session, being held tomorrow at the Revere Hotel in downtown Boston, and it’s time to introduce our five esteemed judges for the second edition of Brewbound’s Startup Brewery Challenge, which is sponsored by Craft Brew Alliance.

During tomorrow morning’s competition, which is scheduled to begin at 8 a.m., nine early-stage craft breweries and cideries will showcase their business plans and offer samples of a single product offering to a panel of expert judges who will critique contestants on their presentation, branding & packaging, company vision and product quality. 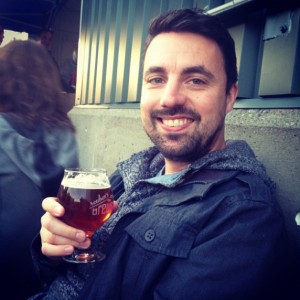 The winning company will become Widmer Brothers’ “Brother for a Day,” receiving an all-expenses-paid trip to Portland, Ore., the opportunity to craft a new collaboration beer with Widmer Brothers Brewing, take an extensive tour of the company’s pilot and production breweries, participate in Widmer Brothers’ daily taste panel and meet with its sales, marketing, graphics, quality assurance and packaging departments.

Specialists in brewing, marketing, distribution and retailing will join the judging panel and include:

As the brand manager for Widmer Brothers, Brady is responsible for telling the Widmer Brothers story and bringing the brand to life through a variety of marketing initiatives ranging from new beer development and packaging to consumer engagement, advertising, partnerships and public relations. Prior to his current role as Widmer Brothers brand manager, Brady was the Marketing Communications Manager for Craft Brew Alliance. 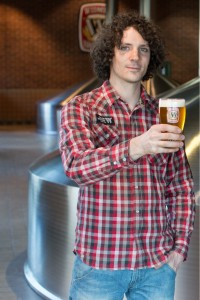 Jack is responsible for brewing experimental and one-off batches at the Widmer Brothers 10-barrel pilot brewery in Portland, Ore., some of which are part of new beer development efforts, others are brewed specifically for beer festivals or for serving in the Gasthaus Pub and around town. He recently brewed (and hand-zested 100 lbs. of fresh grapefruit) a collaboration white IPA called “Up from San Antone” with Seth Weatherly of 5 Stones Brewing, the winner of Brewbound’s inaugural Startup Brewery Challenge.

Previously nicknamed “The Keg Shaker,” Kate has had her hands on more kegs than most people could imagine. Regularly referred to as the Hoperations Manager, Kate spent just over eight years at Cambridge Common & Lizard Lounge, as the FOH Manager, Kitchen Manager/Chef, and Beer & Beverage Manager. Before Cambridge Common, Kate led the kitchen at Beer Works in the Fenway neighborhood of Boston.