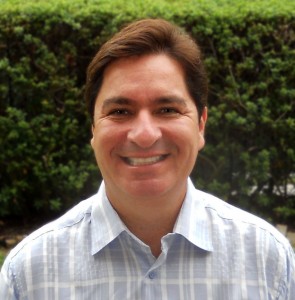 Aztec Brewing Company is pleased to announce its recent hire of James Valles, who will join the Aztec Brewing Team as Director of Sales. Within this role, Valles will manage daily sales, Aztec sales representatives and distributors. He will also use his extensive experience to develop and implement sales and distribution strategies for Aztec Brewing as it expands production and enters new markets.

Valles was Senior Sales and Project Manager for GRUPO MODELO USA whose brands included Corona, Pacifico and Modelo beer. Valles’ duties involved the management of multiple sales projects aligning new products, programs and direction supporting sales efforts throughout the U.S. Prior to that, Valles was Regional Manager for Grupo Modelo managing 41 distributors within an 8 state territory. Early in his career, Valles worked with Coast Distributing as a district manager in San Diego and Ace Beverage in Los Angeles both companies distribute Anheuser-Busch brands.

“I am very excited to be joining the Aztec Brewing team and extremely fortunate to be representing a great craft beer portfolio,” said Valles. I have been involved in beer sales for more than 25 years and have a tremendous passion for this industry, especially for craft beers, what they represent and the choices this category offers to the consumer. I am looking forward to working with our distributor partners and our San Diego sales team in contributing to Aztec’s growing success,” Valles went on to say. Valles is a Certified Beer Server in the Cicerone Program. While his career has largely been in the corporate beer world, he is looking forward to the less conventional and more dynamic craft beer side of the business.

“Jim has been really supportive of our fledgling brewery and we feel honored and very excited to have him on our team,” said Aztec Marketing Director John Webster. “His distinguished career in beer sales and experience in the local and national markets will be a huge boost to Aztec’s sales efforts. It’s like putting nitro in our gas tank.”

The original Aztec Brewing Company was founded in Mexicali, Mexico during prohibition by three San Diego entrepreneurs. In 1933, it moved to Barrio Logan where it became a significant regional brewery. In 1948 it was purchased by the Altes Brewing Company of Michigan and the brand was retired soon there after. In 2008 graphic designers John Webster and SDSU graduate Claudia Faulk began the task of reviving this classic San Diego brand as a contemporary craft brewery. In 2010, they were joined by fellow home brewer, Robert Esposito, and the new Aztec Brewing Company opened its doors in Vista in 2011. Aztec packages eight brands of beer with styles that include Blonde Ale, Hefeweizen, Amber, Porter, IPA and Stout. Aztec brands are currently distributed in Southern California and Maryland. Additionally, in 2013 Aztec was one of three local San Diego breweries that began exporting beer to Hong Kong.