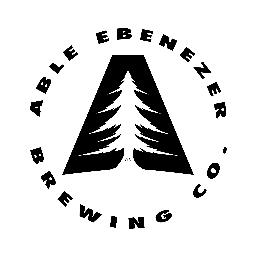 Merrimack, NH – The Able Ebenezer Brewing Company is proud to announce the grand opening of its brewery and tasting room in Merrimack, NH. Founded by veterans and aspiring entrepreneurs with a love for craft beer, the brewery is located just off of Daniel Webster Highway, and is a great place to share some stories, experience great beer and even learn a little about local New Hampshire history.

The Able Ebenezer Brewing Company is no ordinary brewery. Its brand and beers are inspired by historical events. “The people of New Hampshire love and are proud of their state’s origins,” said Accounts & Engineering Director and Co-Founder Carl Soderberg. “We are inspired by stories of action, more specifically stories of a person’s achievement. In search of our own success we strive to provide an experience along with our beer that is unlike any other.”

To celebrate, Able Ebenezer will be hosting a Grand Opening on June 14th, 2014 from 12 pm to 8 pm at their brewery located at 31 Columbia Circle in Merrimack, NH. This event will be free and open to the public. There will be a “bottle breaking” at 1 pm, followed with food, beer sampling, raffle prizes, music, and more.

“This is something we’ve been working hard on for the past year, and we’re happy to finally be able to share our beer with the Merrimack community,” said Head Brewer and Co-Founder Mike Frizzelle.

The tasting room is certain to become a favorite to both locals and tourists. Customers year round may purchase beer in one liter or two liter growlers, kegs or enjoy tasters on location. At opening, three beers will be featured including the Auburn Ale (American Red), Burn The Ships (Smoked IPA), and Broad Arrow IPA. More beers will be announced as they are released. Logo wear will also be available. The Tasting Room will be open Wednesday through Friday from 4pm to 8pm and Saturday and Sunday from noon to 8. Tours of the Brewery will be offered on request.

About The Able Ebenezer Brewing Company