Framingham, MA
Ticket Proceeds Donated to a Local Charity
You are viewing a past event. Check out our upcoming events in 2019.

Get a taste! Check out video coverage from our 2016 meetups. 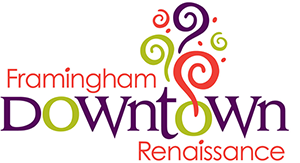 100% of all proceeds from attendee ticket sales will be donated towards Framingham Downtown Renaissance.

Taking place at the Jack’s Abby brewery (100 Clinton Street, Framingham, MA. 01702), the Brew Talks event will bring together New England brewers, distributors and other industry professionals for a night of open, honest discussion on the craft beer marketplace. The evening’s feature panel discussion will examine the current alcohol laws in Massachusetts and look at a variety of legislative issues, including franchise law reform, licensing clarification efforts, pay-to-play concerns and even marijuana legalization initiatives.
Posted 1/21/2016 at 3:48 PM

Brewbound is pleased to unveil its entire 2016 events schedule, one that will include six Brew Talks meetups and two full-day Brewbound Session business conferences.