For the one-year anniversary of our monthly can releases, Beer for Beasts is back in a new format!

RELEASE PARTY IN THE Sixpoint COURTYARD

LOCATION: Sixpoint Brewery, 40 Van Dyke St., Brooklyn, NY 11231
--
ABOUT THE SEPTEMBER RELEASE - BEER FOR BEASTS
For the one-year anniversary of our monthly can releases, Beer for Beasts is back in a totally new format! This can release we're bringing the vibe into our courtyard and releasing three beast-themed LIMITED brews!

Beer for Beasts was the original Sixpoint festival with dozens of one-of-a-kind exclusive brews made just for the fest, and all proceeds donated to the Humane Society of New York. We've kept that tradition of rapid experimentation going with our Limited cans, releasing over 25 beers in the past year!

For this official Beer for Beasts can release, we're working with Korean K9 Rescue to donate a portion of the proceeds to an amazing cause. 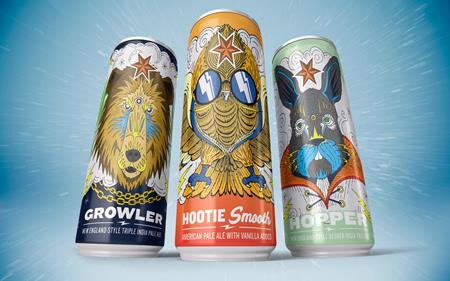