Braxton Labs is a place to spark conversation, ignite innovation and celebrate the craft community. On Saturday, May 19th we're celebrating our first anniversary with a special party featuring the release of our popular Strawberry Gose in 500ml bottles. The bottles, which were originally scheduled to be released on May 12th will now be released at 11am on May 19th in Braxton Labs’ taproom for $6.99 per bottle or $24.99 for four bottles.

That's not all! We'll also have 42 taps of Braxton beers. Braxton Labs beers, Braxton Brewing Company core styles, Braxton Brewing seasonals and some of the brewery’s most limited projects will be on tap for one day only. As with any great party, you need a good soundtrack and good food...we'll have both!

We first tapped our Strawberry Gose in April. It’s been one of the brewery’s most popular draft offerings to date. The imperial-style, kettle-soured Gose clocks in at 6.5% ABV and gets Mediterranean Sea Salt and whole coriander in the boil to create a slick and citrusy profile. After primary fermentation, the brewery added 1.3 lbs/gallon of strawberry pureée to create a fruity gose perfect for celebrating.

The Strawberry Gose bottles weren’t a project that we had on the calendar but that's what makes Braxton Labs so exciting for our team. We tested it, you loved it and now we get to celebrate it at Braxton Labs’ first anniversary! 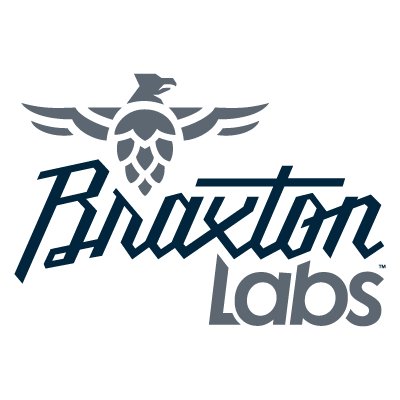