To celebrate the release of Morph Batch #50 we're hosting a special release party at the Taproom!

It's been almost three years since we started brewing iterations of Morph, our rotating IPA series. 50 unique recipes later and we've reached a real milestone! We've experimented with tons of different hops, and learned A LOT along the way. The best part about Morph is that each one is different, but every one is delicious. Batch #50 is the latest in the series, and we're really excited to share it with you! Brewed with Idaho 7, Citra, and Waimea hops, plus oats, it's a soft and delicious beer, perfect for a spring afternoon.

To celebrate the release of Batch #50 we're hosting a special release party at the Taproom! Draft pours and cans will be available all day, but the evening will have some special fun stuff going down. In honor of this beloved series, we designed brand new Morph-themed can glasses and they'll be available for the first time on release day. They'll be $8 a piece, OR $6 if you grab a 4-pack of any Morph release along with it.

At 7pm, our tasting expert Derek Fritts will be holding a Morph Flight Night! Sample 4oz pours of four IPAs, while Derek shares knowledge about the recipes and process behind this series. Free RSVP on Eventbrite, grab your $8 flight at the start of the tasting sesh: http://nsbeer.co/Morph50FlightNight

The Chubby Chickpea Truck will be the food truck for the night! 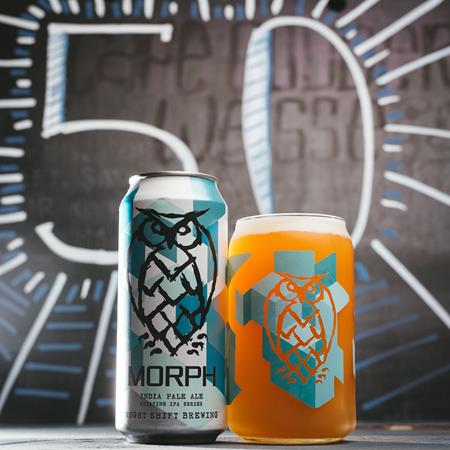